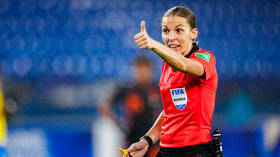 For the first time in its 92-year history, the men’s football World Cup will feature female referees when the tournament is held in Qatar later this year.

FIFA announced the news on Thursday, with France’s Stephanie Frappart, Rwandan official Salima Mukansanga, and Japan’s Yoshimi Yamashita being named as among the referees for the event.

In addition, Qatar 2022 will see three female assistant referees in the form of Neuza Back of Brazil, American Kathryn Nesbitt, and Mexico’s Karen Diaz Medina.

The tournament in Qatar – which will be the 22nd edition of the famous quadrennial showpiece – will be the first time it has been held in an Arab country.

Matches kick off on November 21 and run to the final on December 18, marking another milestone as the tournament is held outside of its traditional ‘summer’ slot for the first time. 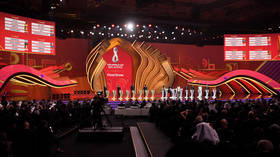 Each of the female trio selected among the refereeing contingent has already been a trailblazer in her own way.

Frappart was the first woman to referee a men’s Champions League match and a World Cup qualifying match, while also overseeing games in the French top-tier Ligue 1.

Mukansanga this year became the first woman to referee a match at the men’s Africa Cup of Nations, while Japan’s Yamashita had the honor of being the first female referee to take charge of an AFC Champions League match.

Praising the milestone, famous no-nonsense Italian refereeing icon Pierluigi Collina, who is now chairman of the FIFA Referees Committee, said: “They deserve to be at the FIFA World Cup because they constantly perform at a really high level, and that's the important factor for us.”

However, the move may be seen as ironic by some, coming as it does in Qatar – a country often questioned for its own record on women’s rights, among other issues. 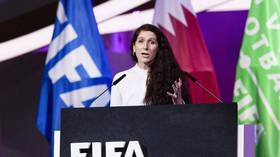 Elsewhere, no Russians have been named among the contingent of 129 officials for the Qatar tournament, after the country’s teams were banned from all FIFA competitions in light of the military conflict in Ukraine.

The ban meant the Russian’s men’s team was denied the opportunity of attempting to qualify for Qatar after it was removed from the European playoffs.

The Russian Football Union (RFU) is appealing the decision with the Court of Arbitration for Sport (CAS), with a final verdict pending.