The FBI looked up almost 3.4 million Americans in 2021 under foreign surveillance powers 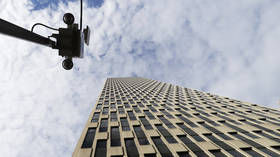 The Federal Bureau of Investigation (FBI) made queries into almost 3,4 million Americans between December 2020 and November 2021, the US intelligence community admitted in the annual transparency report released on Friday. The FBI said it was looking for foreign hackers, but civil libertarian groups called it an “enormous” invasion of privacy.

The FBI alone made “fewer than 3,394,053” queries of US persons in that time period, related to information collected under the controversial authority to spy on foreigners. This was the admission made in the Annual Intelligence Community Transparency Report, released on Friday by the Office of the Director of National Intelligence (ODNI).

The electronic data was collected legally under Section 702 of the Foreign Intelligence Surveillance Act (FISA), the report claimed.

According to the ODNI, the number is due to “a number of large batch queries related to attempts to compromise U.S. critical infrastructure by foreign cyber actors” in the first half of 2021, which “included approximately 1.9 million query terms related to potential victims – including US persons.” 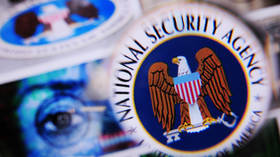 This accounts for the “vast majority of the increase in US person queries conducted by FBI over the prior year,” the ODNI said. There were fewer than 1.3 million such queries in the December 2019-November 2020 period, according to the same report.

“My understanding is that some of this was about researching and doing an investigation into potential hacking and — so — but I will get you more from the FBI after this,” White House press secretary Jen Psaki said on Friday when asked about the report.

Reacting to the revelation, the American Civil Liberties Union (ACLU) called the FBI’s behavior an invasion of privacy “on an enormous scale.”

“Today’s report sheds light on the extent of these unconstitutional ‘backdoor searches,’ and underscores the urgency of the problem,” ACLU’s Ashley Gorski said in a statement. “It’s past time for Congress to step in to protect Americans’ Fourth Amendment rights.” 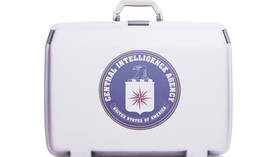 Section 702 allows the DNI and the US attorney general to target non-US persons located outside of the US in order to acquire foreign intelligence. The FISA process came under renewed scrutiny in recent years, after it emerged that the FBI improperly used such warrants to spy on President Donald Trump and his campaign via campaign aide Carter Page. A review of 29 sample FISA applications undertaken by the Department of Justice inspector general in 2020 found errors in every single one.

Even after querying the information of 3.4 million Americans in 2021, the FBI opened exactly zero investigations of US persons – not considered a national security threat, anyway – “based wholly or in part on an acquisition authorized under Section 702,” the ODNI report indicates.