McDonald’s is allowing people to pay with Bitcoin and Tether in Lugano, Switzerland 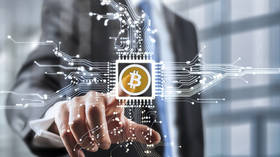 Global fast-food giant McDonald’s is accepting bitcoin as a form of payment in its restaurants in the crypto-friendly city of Lugano, Switzerland.

On Tuesday, a one-minute video showing food being ordered at a digital kiosk in McDonald’s and paid for using a mobile app was posted on Twitter by Bitcoin Magazine. The Tether logo could be spotted next to a Bitcoin symbol on the credit-card machine.

The company’s move follows a decision of the mayor of Lugano to make Bitcoin and Tether “de facto legal tender” in the city. In March, Lugano residents were allowed to pay their taxes using cryptocurrencies. Under the mayor’s project, payments in crypto are expected to be extended to parking tickets, public services and tuition fees for students. More than 200 shops and businesses in the area are also reportedly planning to accept crypto payments for goods and services.

Last year, El Salvador became the first country in the world to adopt Bitcoin as legal currency. It was followed by the Central African Republic in May.