Experts predict the future of crypto 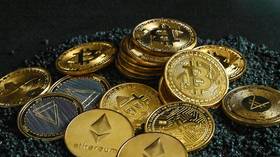 Many of the currently existing 19,000 cryptocurrencies will disappear in the coming years, several industry experts told CNBC, comparing the market to the early dotcom days. According to the report on Friday, many blockchain platforms will likewise cease to exist.

The experts pointed to the recent collapse of the algorithmic stablecoin TerraUSD and its associated digital token, Luna.

“One of the effects of what we’ve seen last week with the Terra issue is we’re at the stage where basically there are far too many blockchains out there, too many tokens. And that’s confusing users. And that’s also bringing some risks for the users,” Bertrand Perez, CEO of the Web3 Foundation, told the media.

“Like at the beginning of the internet, you were having lots of dotcom companies and lots of them were scams, and were not bringing any value and all that got cleared. And now we have very useful and legit companies,” he said.

According to Brad Garlinghouse, CEO of cross-border blockchain payments company Ripple, there will likely be mere “scores” of cryptocurrencies that remain in the future.

“I think there’s a question about whether or not we need 19,000 new currencies today. In the fiat world, there’s maybe 180 currencies,” Garlinghouse said.

The cryptocurrency market has been in turmoil lately. The top digital coin, Bitcoin, is off more than 50% from its record high of over $68,000 in November, with many other digital tokens also down from their all-time highs. Analysts say that one of the major reasons behind the falling prices could be a low risk appetite among traders and investors amid the global crypto crackdown.