Cain Velasquez has been granted what could be temporary freedom 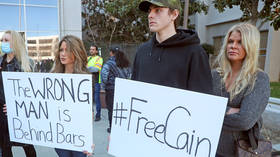 Ex-UFC heavyweight champion Cain Velasquez was granted bail at $1 million at a pretrial hearing on Tuesday following eight months in police custody due to his attempted murder case.

The MMA legend has been charged with attempted murder and ten other gun-related charges in Santa Clara County, California.

He is accused of using his vehicle to chase down Harry Goularte, a man charged with sexually assaulting Vasquez’s son, and shoot at him.

As part of being granted what could be temporary freedom if he is convicted and given up to 20 years in prison, Velasquez must wear a GPS tracker and is not allowed to come within 300 yards of his alleged victims, who also include Goularte’s mother and his stepfather Paul Bender.

Velasquez pleaded not guilty to the charges and had been in custody since February 28 after allegedly shooting Bender when firing into his vehicle.

“Nothing is as touching as watching him having it sink in with his wife, Michelle, there,” attorney Mark Geragos added.

After Velasquez was denied bail four times by another judge, Shelyna Brown, Geragos said that having the pretrial hearing on Tuesday was key to Bocanegra’s decision.

“Instead of listening to all this hyperbole and nonsense bandied about, we had a hearing with cross-examinations and witnesses under oath,” said Geragos.

Velasquez launched a civil suit against Goularte in June where he said that Goularte had molested his four-year-old son.

On February 24, Velasquez’s son told the police that Goularte took him into the bathroom of the daycare center which his mother ran and touched his genitals, as outlined in a court document. 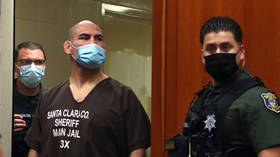 Velasquez’s son said that Goularte instructed him not to tell anyone what happened about a situation that might have occurred “100 times.” The child also explained to police that he saw other kids go into the bathroom with Goularte too.

Goularte is set to appear in court for a pretrial hearing on November 14th in his child molestation case and has pleaded not guilty to a charge of lewd acts with a minor under the age of 14.

Geragos is currently unsure as to when Velasquez’s trial for attempted murder and his gun-related charges will be held.