Adreian Payne was killed at his home in Orlando, according to reports 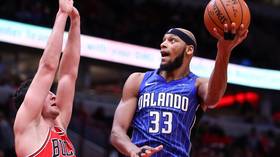 Ex-NBA power forward Adreian Payne has been shot and killed in Orlando, as confirmed by local authorities in Florida.

Orange County Sheriff's Office deputies revealed how the shooting occurred after 1 am on Monday night, with the gunman later identified as 29-year-old Lawrence Dority.

Dority stayed at the scene before respondents transported him to the Sherrif's Office headquarters to be interviewed by homicide detectives.

Dority was arrested on a First Degree Murder warrant and then taken to Orange County Jail with his motive for allegedly shooting Payne still unknown.

According to reports, the murder occurred at Payne's home in Orlando.

As news spread of the killing, the basketball world paid homage to Payne, who was a first round, 15th overall draft pick for the Atlanta Hawks in 2014.

"I'm in shock at the tragic news of Adreian Payne's death," said Tom Izzo, who coached Payne while he was playing for the Michigan State Spartans before advancing to the pro ranks.

"Our prayers are with his family, teammates and loved ones," Izzo added in a statement. "Adreian was loved by his teammates and coaches, who respected his development as a player and a person.

"He came to Michigan State with a ton of raw talent and put in the work to reach his goal of becoming an NBA player," Izzo stressed, saying that his fellow Spartans players and fans would remember Payne for his "kind heart" no better demonstrated than when supporting eight-year-old Lacey Holsworth through neuroblastoma, which eventually claimed her life in 2014.

Payne was honored by his former Michigan State teammate Draymond Green, who wrote 'Long Live 5' on his sneakers as the Golden State Warriors beat the Memphis Grizzlies in Game Four to take a 3-1 lead in the NBA Western Conference semi-finals.

Furthermore, Green said that he and his wife will honor Payne by donating $100,000 but didn't have the mental capacity to field questions after his team's 101-98 win over the Grizzlies.

After being a standout player across four seasons with the Spartans, where he won the Big Ten Conference Championship twice, Payne was drafted by the Hawks where he spent one of four NBA seasons. 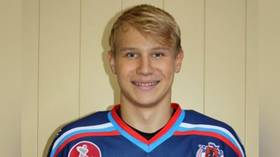 Payne played most of his top-level basketball with the Minnesota Timberwolves where he enjoyed three terms before a 2017-18 stint with the Orlando Magic.

Following this, Payne featured internationally in Greece, France, Lithuania, Turkey and China before his untimely passing.