Sepp Blatter thinks Iran should be thrown out of Qatar 2022 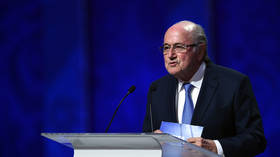 Iran “should be excluded from the World Cup,” according to ex-FIFA President Sepp Blatter.

Blatter was in charge of the global football governing body when Qatar was awarded hosting rights in 2010. This week, he made headlines for saying this should never have happened.

In his latest remarks, to Blick, Blatter stated that Iran should be thrown out of the World Cup due to widespread protests that have engulfed the country and which were sparked by the death of a young woman in morality police custody for allegedly violating dress code rules.

Blatter claimed that if he was still FIFA president, action would be taken. On the watch of his successor, Gianni Infantino, however, he does not expect anything to be done.

“He’s having trouble creating a fund together with the Qataris, for all the workers who have had accidents while building the infrastructure. 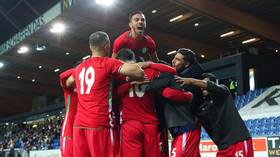 “I think someone from FIFA who has courage should do it. But Infantino doesn’t even have the courage to give journalists an answer,” Blatter said.

Blick reported that Blatter found it incomprehensible that Infantino had not taken a clear position when it comes to Iran, which has even had its presence challenged at the tournament by some Iranians.

Women’s rights group Open Stadiums shared an open letter on Twitter last month, and asked why their country is being allowed to take part in Qatar 2022 when “Iranian women remain locked out of our ‘Beautiful Game.’”

Women in Iran were recently allowed to attend a domestic football match for the first time since 1979, after FIFA reportedly sent a letter to the local authorities demanding that they be allowed to enjoy more games in person.

Moving forward, however, Open Stadiums isn’t confident that football grounds will stay open to Iranian women, as they trust “neither the Islamic Republic’s authorities nor the Iranian Football Federation that the Azadi stadium will remain open to them after the FIFA World Cup 2022 concludes on December 18.”

The Iranian men’s team start their World Cup Group B campaign against Russia 2018 semifinalists England on November 21, and have also been drawn against Wales and the United States.

Elsewhere, Ukraine, which failed to qualify after losing a playoff final to the Welsh in Cardiff, has campaigned to take Iran’s place at the tournament, which starts on November 20.