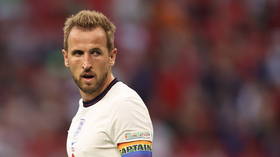 A total of ten European football nations, including England, have collectively issued a stern response to FIFA and say they will continue to highlight instances of worker and human rights abuses after the global governing body demanded that politics and ethical complaints be silenced in advance of the World Cup in Qatar.

Last week, FIFA issued a letter to each of the World Cup’s 32 teams, in which they asked them to “focus on the football” ahead of the event, which is set to begin on November 20.

This comes after host nation Qatar was widely accused of abusing of migrant workers ahead of the tournament, as well as extreme discrimination against same-sex couples.

The letter was widely criticized, including by Human Rights Watch, Amnesty International and a vast array of LGBTQ watchdogs, and now by a collective called the UEFA Working Group on Human and Labour Rights, which is comprised of the federations of ten European teams that will play in Qatar.

In their response to FIFA, they acknowledged that improvements had been made with regard to worker rights in Qatar, as well as for LGBTQ individuals in the Gulf state, where homosexuality remains criminalized.

“We acknowledge, and welcome, as we have done in the past, that significant progress has been made by Qatar, particularly with regards to the rights of migrant workers, with the impact of legislative changes demonstrated in the International Labour Organization’s recent reports,” read the statement.

“We welcome the assurances given by the Qatari government and by FIFA regarding the safety, security, and inclusion of all fans who travel to the World Cup, including LGBTQ+ fans. We also recognize that every country has issues and challenges, and we agree with FIFA that diversity is a strength.

Several players, including England skipper Harry Kane, have indicated that they will wear rainbow-colored armbands in support of LGBTQ rights, while Hummel, the kit manufacturer of the Danish international team, released a ‘toned down’ version of the Denmark kit, adding that they did not want their brand to be associated with the tournament.

England’s Football Association also indicated its opposition to FIFA’s stance on muting political discourse at the tournament, calling for compensation to be paid to workers, or families of workers, who were injured or killed while building the infrastructure for the tournament.

“FIFA has repeatedly committed to deliver concrete answers on these issues – the compensation fund for migrant workers, and the concept of a migrant workers center to be created in Doha – and we will continue to press for these to be delivered,” it said.

“We believe in the power of football to make further positive and credible contributions to progressive sustainable change in the world.”