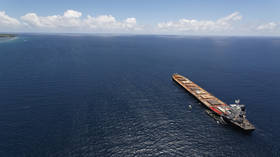 EU member states are considering setting a ceiling on what they would pay for Russian oil as a way to strike at Moscow’s revenues, the Financial Times reported on Tuesday. However, the bloc is not considering an immediate ban on Russian crude exports, it said.

According to the report, an oil price cap is one of the proposals being discussed as EU ambassadors prepare for talks in the coming days about a sixth package of sanctions. Another alternative would reportedly involve the EU imposing a tariff on Russian oil to force Moscow to cut prices to stay competitive.

Russia provides more than a quarter of the EU’s crude oil imports, while member states have paid over €13 billion for the supplies since the conflict in Ukraine started, according to the research organization CREA.

This month, the bloc approved a ban on Russian coal but failed to reach an agreement on an embargo of oil and natural gas. Many EU countries are heavily dependent on Russian energy. This is particularly the case for landlocked nations, which do not have the alternative of receiving shipments of liquefied natural gas.

Germany, which has Europe’s biggest economy, and other countries have recently intensified efforts to reduce exposure to energy imports from Russia. However, they have ruled out an outright ban on Russian oil imports because it would harm their own industry.

“Trying to set a price would be difficult, and also in breach of contract,” an unnamed senior German official was quoted as saying by the FT. Another official in Berlin said Russian oil was imported into Germany by private companies, and so “any price cap implies that someone will have to pay the price difference — so it operates as a subsidy … The price cap idea is not being taken seriously here.” 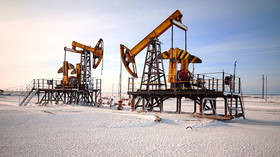 Meanwhile, the United States, which halted Russian energy imports last month, has warned that a complete European ban on Russian oil and gas imports would “clearly” raise global oil prices and could harm the global economy.

Experts say that in the absence of a threat of sanctions from Washington on global crude purchases from Moscow, “we might expect European tariffs or price caps on Russian oil to cause that oil to be diverted to buyers in China, India, and elsewhere who are willing to pay a higher price than Europe.” Krishna Guha, an analyst at Evercore ISI, wrote in a note that “the threat of secondary sanctions may limit the speed and extent of this adjustment process.”

Russian seaborne oil exports are currently 100,000 barrels a day higher than the 2021 average, according to oil cargo tracking company Vortexa. It said that more volumes are heading to Asia, primarily India and China.

Approximately 700,000 barrels a day of oil that previously flowed to Europe has already been rerouted, said Natasha Kaneva, head of global commodities research at JPMorgan.