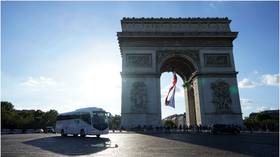 The EU rushed to back Ukraine without asking its businesses or citizens for permission and now the European economy is suffering the most from the anti-Russia sanctions, French investment banker Philippe Villin has said.

European politicians and bureaucrats in Brussels threw their support behind Ukraine “without a democratic debate,” Villin wrote in an op-ed published by Le Figaro on Monday.

“What is worse, they did not even consider it useful to consult with us about the military escalation, or the terrible consequences of the sanctions for our economies,” he said.

Villin stressed that the world economy had already been crippled by the Covid-19 pandemic, as well as tension between China and Taiwan, who are both vital to the global supply chain. The current crisis also spurred inflation, including energy price hikes and the risk of shortages.

“And the worst thing is that Europe is suffering from the increase of the prices of energy and raw materials far more than the United States or China,” Villin wrote.

The fact is that, as a consequence of the sanctions, energy prices will be infinitely higher in Europe than anywhere else.

The banker added that businesses would “lose huge shares of the market” and be forced to cut jobs if the crisis escalated. 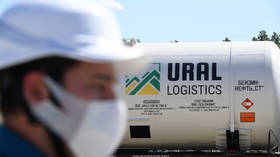 “I hope that, before our people eventually revolt, a quick electric shock will open up a political debate, in which we, citizens and business leaders, could challenge our blind politicians and Eurocrats, who are leading us to ruin by lying to us.”

Many countries, including EU members, imposed sweeping sanctions on Russia after Moscow launched a military campaign against Ukraine in late February.

On Thursday, Russian gas giant Gazprom resumed the flow of gas to Germany through the Nord Stream 1 Baltic Sea pipeline following a 10-day shutdown for maintenance. European Commission President Ursula von der Leyen had previously urged EU nations to cut the use of gas by 15% between August and June in case Moscow decided to end deliveries.

The International Monetary Fund (IMF) warned on Tuesday that Germany, the EU’s chief economic powerhouse, risks losing almost 5% of its GDP if Russia completely shuts off its gas supply.