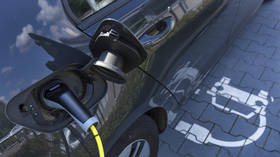 The warning highlights concern over Washington's so-called Inflation Reduction Act, which provides for vast spending on green energy initiatives and includes subsidies and tax credits for American producers and consumers.

Brussels says those benefits for American electric vehicle makers would put EU manufacturers at an unfair disadvantage in the lucrative US domestic market. It demands that the US give EU companies the same treatment as other trading partners, including Canada and Mexico.

According to the Financial Times, Brussels wants changes to nine of the provisions in the legislation, which restrict subsidies and tax credits to products made in the US, or companies operating there. The incentives affect manufacturing and investment in products including solar panels, wind turbines and clean hydrogen.

If Washington doesn’t take into account the views of its EU partners, the bloc could “go to the WTO” and make its arguments there, Breton told TV station BFM Business on Monday.


READ MORE:
Germany and France agree on pushback against US plans – Politico

The US Inflation Reduction Act, which was signed into law by President Joe Biden over the summer, includes an estimated $369 billion investment in energy security and climate action.

The EU welcomed the Biden administration’s commitment to fighting climate change, however, it noted that “the green transition is not something to be achieved at the expense of others.” US companies would gain an advantage that would enable them to outcompete others, turning the fight against climate change “into a zero-sum game,” Brussels claims.