The developing world may fall into energy poverty due to Europe’s ravenous demand, an analyst told Bloomberg 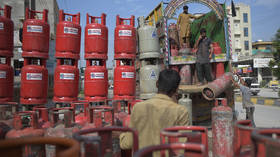 “Europe is sucking gas away from other countries whatever the cost,” Saul Kavonic told the media.

Despite soaring energy bills, the EU is expected to survive the upcoming heating season, as the bloc members have purchased enough oil and natural gas. However, this comes with a high price tag for the world’s poorest nations that have been cut off from the gas market due to Europe’s ravenous demand.

Emerging market countries are reportedly at serious risk of being unable to meet their energy needs. Factory shutdowns, more frequent and longer-lasting power shortages, as well as social unrests are the most likely consequences due to the energy security challenges.

Exporters across Qatar and the US are accepting bids from European buyers seeking to purchase as much fuel as possible to fill their storages. That leaves developing countries like Pakistan, Bangladesh and Thailand unable to compete on price with Germany and other bigger economies. 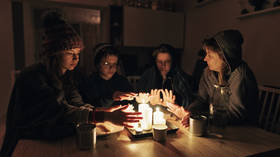 According to traders cited by Bloomberg, soaring prices prompted some suppliers to South Asia to simply cancel long-scheduled deliveries in favor of better yields elsewhere.

“Suppliers don’t need to focus on securing their LNG to low affordability markets,” Raghav Mathur, an analyst at Wood Mackenzie said, adding that the higher prices they can get on the spot market more than make up for whatever penalties they might pay for shirking planned shipments.

“LNG will belong first to the ‘developed,’ with the leftovers for the ‘developing.’” the expert said, adding that this dynamic is likely to hold for years.

The European Union is struggling with an energy crisis as a result of the reduction of imports from Russia. Earlier, the President of the European Commission Ursula von der Leyen said that it took the bloc eight months to replace two-thirds of Russian gas supplies. She added that the EU had significantly diversified the range of foreign suppliers, but that had “been costly.”