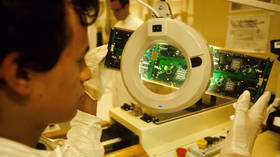 US chipmaker Intel is close to clinching a deal with Italy to build an advanced factory in the country for the production of semiconductors, Reuters reported on Thursday. The investment is part of a larger plan to increase chip production in the EU to reduce reliance on Asia.

The deal for the semiconductor packaging and assembly plant will initially be worth $5 billion, Reuters says, citing its sources. The agreement looks likely to be reached by the end of August, the agency added.

The investment in Italy is part of a wider plan by Intel, the world’s largest semiconductor chip manufacturer by revenue, to invest $88 billion in building capacity across Europe, in a bid to cut reliance on chip imports from Asia, particularly in light of current tensions between China and Taiwan.

The world's largest semiconductor foundry is Taiwan Semiconductor Manufacturing Co. (TSMC), which produces over 90% of the most advanced semiconductors used in the global industry. 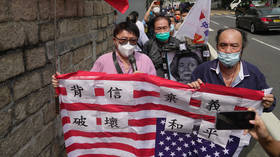 A global chip supply crunch triggered by the coronavirus pandemic has curbed the output of Europe’s strategic car industry. Semiconductors are also used in computers, household appliances, and numerous other items.

Reuters reported earlier that Rome is ready to fund as much as 40% of Intel's total investment in Italy, which is expected to rise over time from the initial $5 billion.

The EU wants to develop innovative semiconductor facilities on its territory. The European Commission made a total of more than €43 billion of policy-driven investment available under its Chips Act until 2030.