It’s paramount that the restrictions against Russia be fully adhered to amid the conflict in Ukraine, the European Commission says 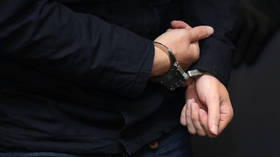 The European Commission has insisted that breaching EU sanctions must be made a crime and that it was especially important to ensure strict adherence to the restrictions against Russia amid the Ukraine conflict.

“The European Commission is proposing to add the violation of EU restrictive measures to the list of EU crimes,” the bloc’s executive body said in a press release on Wednesday.

Such a step taken at the level of the EU should make it easier to investigate, prosecute and punish the violation of sanctions in all 27 members states, it pointed out.

The commission has singled out some of the potential criminal offenses, such as activities that seek to circumvent sanctions, including concealing assets, failing to freeze funds subject to such a restriction, and engaging in prohibited trade, such as importing or exporting goods covered by trade bans. 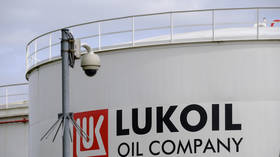 Brussels also put forward new, more stringent rules on asset recovery and confiscation, which should also contribute to compliance with the EU’s measures “to ensure that crime does not pay by depriving criminals of their ill-gotten gains and limiting their capacity to commit further crimes.”

According to the initiative, once such behavior is criminalized violating sanctions could also become grounds for the seizure of assets.

“EU sanctions must be respected and those trying to go around them punished… As a Union we stand up for our values and we must make those who keep Putin's war machine running pay the price,” said Vera Jourova, the commissioner for values and transparency.

The commission added that it will present a legislative proposal after all of the member states agree on its current initiatives. 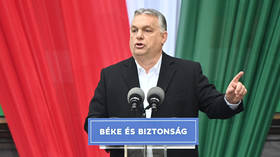 Russian became the most sanctioned country in the world after the EU, US and other nations imposed several rounds of harsh restrictions in response to its military offensive in Ukraine.

Among other measures, the foreign assets of Russia’s central bank were frozen, and a wide array of foreign businesses stopped dealing with the country.

The EU is currently discussing a sixth package of sanctions, which could include turning away from Russian oil. However, this faces opposition from some members, particularly Hungary, which compared the proposed curbs to “an atomic bomb.”