All EU member states have spyware at their disposal, whether they admit it or not, a Dutch MEP said 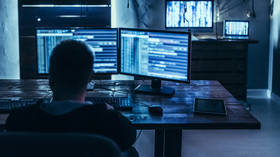 At least four EU countries are engaging in “illegitimate use” of spyware, with some using it as a method of control, Dutch MEP Sophie in't Veld claimed on Tuesday, as she presented a new report on the issue.

The 159-page draft document was produced by the European Parliament’s PEGA committee, which is investigating illegal surveillance of EU citizens. It directly accuses Poland, Hungary, Greece and Spain of abusing the software and says there are “suspicions” about its use in Cyprus.

Speaking at a press conference in Brussels, the lawmaker stressed that the worrying trend posed a “grave threat to democracy” on the continent and that the bloc is ill-equipped to deal with such “an attack on democracy from within.”

In’t Veld noted that the report, which took over seven months to gather, was still incomplete due to nearly all EU governments ignoring or outright refusing to cooperate with the committee or to provide any useful information on spyware use. Nevertheless, the MEP stated that the investigation has found “900 pieces of a 1,000-piece jigsaw puzzle,” and that the picture was clear. 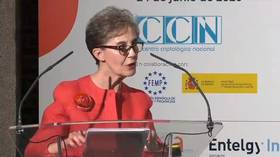 “The spyware scandal is not a series of isolated national cases of abuse, but a full-blown European affair,” the committee’s report says, noting that EU member states have actively been using the tool for political purposes and to cover up corruption and criminal activity. Some governments have even gone as far as to embed spyware in a system “deliberately designed for authoritarian rule,” the report adds.

In’t Veld claimed that while the abuse of spyware was “mostly seen through the keyhole of national politics,” it was in fact an “entirely European matter” that directly affects EU institutions, MEPs, commissioners and commission officials and ministers.

The lawmaker went on to note that the perpetrators of this abuse currently sit on the European Council, which further undermines the integrity of elections and decision-making in the EU, and affects a wide range of European laws and policies.

In’t Veld proposed a number of measures to curb the illegal use of spyware by EU governments, such as introducing a moratorium on the use of surveillance systems unless certain conditions are met, and creating a framework for the “responsible use” of such tools.

The PEGA committee was set up in March to investigate the alleged illegal use of spyware surveillance software, including the Israeli-developed Pegasus program which was found to have been used to target over 50,000 people, including journalists, lawyers, prosecutors and even heads of EU states.