EU official reveals how far Ukraine is from membership 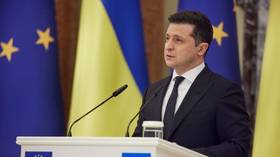 Ukraine’s accession to the European Union will take several years, the European commissioner for enlargement and neighborhood policy said on Sunday.

In an interview with the German newspaper Welt am Sonntag, Oliver Varhelyi said Kiev needs to do “extensive work” to prepare for “participation in the EU internal market and in many other important policy areas.”

The commissioner predicted that “the entire preparations for accession will most likely take longer than a year or two.”

Varhelyi also stressed that the accession criteria for Ukraine are the same as for any other candidate country.

Stefanishina noted that Ukraine started integration reforms under EU supervision before it was granted accession status, and argued that the country can “proceed faster” in its membership bid, especially considering that some of its neighbors and the Baltic countries “have already signaled that quick accession is possible.” 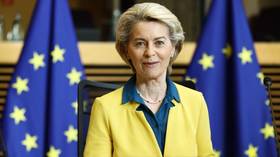 On Monday, Russian Foreign Ministry Spokeswoman Maria Zakharova, in response to Varhelyi's remarks, wrote on Telegram that Ukraine’s accession will take “as long as the collapse of the EU.”

Ukraine applied to join the 27-nation bloc shortly after Moscow launched its military offensive in late February. In June, Brussels granted Kiev EU candidate status, the first step in the accession process, and stressed that the country must continue structural reforms, fight corruption and reduce “the persistent influence of oligarchs.”

Belgian Prime Minister Alexander De Croo made it clear at the time that granting Ukraine EU candidate status was an important “symbolic message” in support of Kiev amid its conflict with Russia. Actual EU membership, however, is still “many years” away, and the country must first meet European standards, he said.