Soaring costs on energy have propelled consumer prices in Denmark 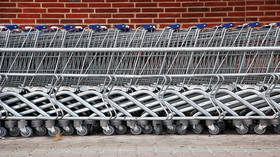 Consumer prices in Denmark have jumped to the highest level in 38 years, official figures from Statistics Denmark showed on Tuesday.

According to the agency, the Danish consumer price index (CPI) jumped from 5.4% in March to 6.7% in April.

Prices have soared amid the rise in global energy costs against the backdrop of the Russia-Ukraine conflict. The specific key inflation drivers in Denmark were electricity, natural gas, food and tobacco, the agency says.

Prices of goods have risen by 10.3% over the past year, a rate not recorded since November 1982, data shows. The so-called core inflation rate, which excludes energy and unprocessed foodstuffs, in Denmark rose to 3.6%, the highest since 1990, up from 3.2% in March.

Denmark is not the only nation suffering from soaring prices following the launch of Russia’s military operation in Ukraine and the resulting Western sanctions against Moscow. Fuel and food prices have skyrocketed worldwide over the past two months on fears of a halt of Russian energy supplies and the disruption of supply chains.

In order to deal with rising prices, central banks in the US, UK and other countries have been hiking interest rates. However, Denmark’s Nationalbanken has not changed its key rate yet, while the European Central Bank has also kept rates unchanged so far despite soaring inflation in the eurozone.