EU must decide where it stands on Ukraine – Kremlin

The bloc issues too many contradictory statements, making it impossible to discern where it stands, Russia’s Foreign Ministry says 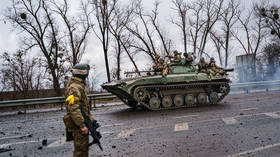 The European Union must decide whether it wants the Ukraine conflict to be resolved diplomatically or in a violent manner, Russian Foreign Ministry spokeswoman Maria Zakharova said at a briefing on Thursday.

Asked to comment on Austria’s reported proposal to host de-escalation talks, Zakharova said Moscow could only contemplate such initiatives after the EU figures out what it stands for regarding Ukraine.

“First of all, the EU should make up its mind about itself,” Zakharova said, urging the EU to decide whether it is pursuing a unified foreign policy or if decisions are handled by individual member states.

Russia, she said, has repeatedly heard “contradicting statements” coming from the EU. Zakharova noted that many supposed initiatives had been put forward by member states and were later retracted or never followed-up on because they were not approved by Brussels.

“Secondly, the EU also needs to make up its mind whether they support the talks [on Ukraine], or the battlefield solution, as [EU foreign policy chief Josep] Borrell had put it,” she said. 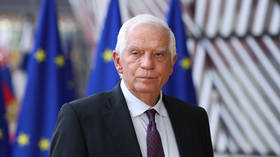 Zakharova’s comment comes after Borrell signaled on Wednesday that the EU was ready to seek a “diplomatic solution” to the conflict in Ukraine, but vowing that the bloc would continue to provide Kiev with military and financial support while ramping up pressure on Russia through sanctions.

However, in April Borrell issued a much different statement, claiming then that the conflict in Ukraine “will be won on the battlefield.”

During referendums that took place in late September, the two Donbass republics, along with Zaporozhye and Kherson Regions, overwhelmingly voted to join Russia. On Wednesday, Russian President Vladimir Putin signed into law unification treaties with former Ukrainian territories, officially making them part of Russia. Prior to this, the Russian leader vowed to use “all means” necessary to defend the country’s territorial integrity in the face of external threats.