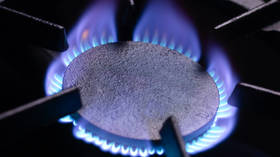 Warsaw will not agree to Moscow’s demand to pay for gas in rubles, Piotr Naimski, representative of the Polish government on strategic energy infrastructure, said on Tuesday, according to media reports.

“We will not pay,” he said, answering a question from journalists about whether Poland would agree to Russia’s new payment terms.

“All the opportunities and risks are being considered. We are ready for them,” he said, adding, “If necessary, and if an appropriate decision is made, we are in a position to refuse gas supplies at any time. We are ready for the actions of the Russian side, which provide for the possibility of stopping supplies.”

Poland has been calling for “crushing sanctions” against Moscow, “much stronger than those that have been imposed.”

Washington and Brussels are reportedly discussing sanctions designed to hit Russia’s energy sector. So far, Western nations have mostly targeted Russian finances and banking. While the EU has banned Russian coal imports, it failed to reach agreement on an oil and gas embargo.

Meanwhile, Brussels has backtracked on its opposition to the payment switch, stating on Friday that EU companies may be able to work around Russia’s demand to receive gas payments in rubles without breaching sanctions, if they pay in euros or dollars which are then converted into the Russian currency. The plan is identical to what the Russian government had proposed earlier this month.