Home Iz minuta u minut EU country failed to support new round of sanctions against Russia –...

Belgium abstained from voting due to likely damage from restrictions to its steel industry, PM De Croo told reporters 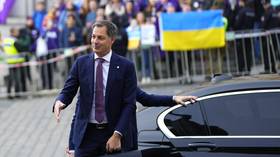 The Belgian government decided against endorsing a new round of EU anti-Russia trade restrictions, the local press reported on Thursday, citing remarks made by Prime Minister Alexander De Croo.

Speaking on the sidelines of the European Political Community (EPC) summit in Prague, Czech Republic, the head of the Belgian government explained that “as the economic cost of sanctions becomes higher, it becomes difficult to show solidarity” to support Ukraine.

“The sanctions have worked very well so far,” the prime minister said, “but the further we go, the more we talk about sanctions that hurt our own economy more than Russia’s.”

His country therefore declined to support the eighth package of sanctions when EU member states voted on it this week. Belgium didn’t vote against it either, because “we do not want to break European solidarity,” De Croo was quoted as saying. A vote against the proposal any EU member state would have blocked the package from being approved. Belgium was reportedly the only nation to abstain. 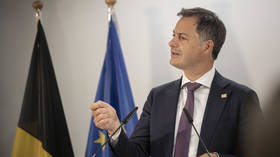 Earlier this week, Belgian MP Andre Flahaut, who represents the province of Walloon Brabant, expressed concerns about the impact of the upcoming sanctions on his constituents.

Two factories owned by the Russian metals giant NLMK, which are located in the Belgian province, may have to shut down, the lawmaker warned. The EU ultimately allowed a transition period of two years to switch from semi-finished steel products originating in Russia to alternative supplies.

There were also concerns in Belgium that the EU would try to restrict trade in Russian diamonds, potentially impacting the jewelry businesses of Antwerp. Some news outlets reported that the country blocked the proposed inclusion of such sanctions in the package.

When asked about Russian gemstones, Prime Minister De Croo said his government would not have opposed a ban, if it were necessary, but the European Commission decided against it because imports from Russia had fallen significantly without any formal restrictions.

The EPC is a new political club proposed earlier this year by French President Emmanuel Macron. The forum is supposed to bring together EU member states and nations that aspire to become part of the economic bloc, plus its traditional allies like the UK and Norway. The meeting of EPC leaders in Prague is the first of its kind.

Ukrainian President Vladimir Zelensky addressed the gathering via a video link, urging attendees to provide more military aid to his country and to hit Russia with more sanctions.