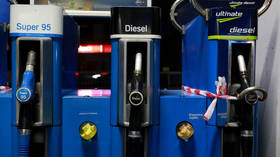 Diesel fuel inventories in northwest Europe will drop to the lowest in nearly 12 years as early as March, Bloomberg reported on Wednesday, citing the latest outlook from Wood Mackenzie.

Analysts at the UK-based consultancy expect the stocks to be filled in December and January, before a sharp drop-off, and then hit the lowest on record for any month in data going back to 2011.

Starting early February, EU’s latest sanctions against Russia will prohibit imports of nearly all seaborne refined petroleum products, including diesel-type fuel, from the bloc’s single biggest cross-border supplier. The inventories are a vital cushion against disruptions, and when they run low, they leave the fuel market open for increased volatility.

Lower inventories have contributed to stronger margins for oil refineries, incentivizing European operators to run hard, according to James Burleigh, a principal analyst at Wood Mackenzie.

“We expect the higher production to continue to be supported by the strong net cash margins, and expect gasoil/diesel stocks at end-December to have built almost three million barrels,” the expert said, adding that northwest Europe’s daily crude processing would increase by 420,000 barrels in November, reaching 6.14 million.

Challenges related to diesel availability both in Europe and the US lie in the structure of futures markets. The ICE gasoil curve is backwardated, meaning prompt supplies are more expensive than the same fuel being delivered at a later date, thus discouraging stockpiling, as traders can likely sell today at a better price than they can lock in for the future.