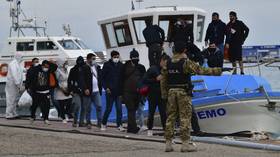 The European Union’s top border protection official has resigned following claims that years of rights abuses occurred under his watch, including alleged mistreatment of migrants who arrive in the bloc’s territory.

Fabrice Leggeri, a French national who headed up the European Border and Coast Guard Agency, commonly known as ‘Frontex,’ confirmed his departure in a statement obtained by several media outlets on Friday.

“I give my mandate back to the Management Board as it seems that [the] Frontex mandate on which I have been elected and renewed in late June 2019 has silently but effectively been changed,” he said.

While a European anti-fraud agency launched a probe into the abuse allegations last year, its findings have yet to be made public. However, investigations by a consortium of regional media outlets have indicated that Frontex was aware of at least 22 cases of migrant ‘pushbacks,’ when immigration authorities simply forced asylum seekers, arriving by boat, back out to sea.

The 22 ‘pushbacks’ were conducted by both Frontex and Greek officials and involved more than 950 migrants, all occurring between March 2020 and September 2021, the media outlets reported – among them Germany's Der Spiegel, France's Le Monde, Switzerland's SRF et Republik and investigative NGO Lighthouse Reports.

Frontex convened an emergency meeting on both Thursday and Friday to address allegations against Leggeri and two other staffers at the agency. The former Frontex chief has denied the charges in the past, and the European Parliament issued a report on the matter last year. 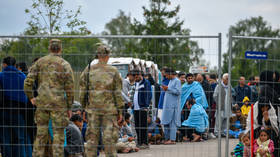 “The management board took note of his intentions and concluded that the employment has therefore come to an end,” Frontex said in a statement, adding that Leggeri formally resigned on Thursday.

Defined as any government policy in which “migrants are forced back over a border…without consideration of their individual circumstances and without any possibility to apply for asylum,” EU law prohibits ‘pushbacks’ over concerns they will place human lives in danger, as many migrants show up in unseaworthy boats and rafts following lengthy voyages. International law also generally bans “refoulement,” or the forcible return of refugees to a country where they may be at risk of persecution.