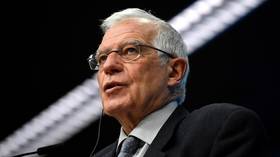 EU foreign policy chief Josep Borrel announced on Friday that the bloc will provide an additional €500 million in military aid to Ukraine amid the conflict between Moscow and Kiev.

Speaking with reporters at the G7 foreign ministers’ meeting in Germany, he explained that the new tranche, which will be the fourth provided to Kiev by the EU, will be allocated for the purchase of heavy weaponry including armored cars, tanks, and artillery, along with ammunition, and will take the bloc’s total aid to Ukraine to around €2 billion euros.

Borrell told reporters that the EU needs "a new impetus for military support” along with “more pressure on Russia with economic sanctions and continuing the international isolation of Russia and countering misinformation.”

The foreign policy chief also expressed his hope that the bloc will reach a consensus regarding an embargo on Russian oil in the coming days, noting that if an agreement is not reached at the level of ambassadors, the issue will be discussed during a meeting of EU foreign ministers on Monday.

"I am sure we will have an agreement. We need it and we will have it. We have to get rid of the oil dependency from Russia," he said.

The EU announced its first tranche, which was set to cover the delivery of $500 million worth weapons to Kiev, shortly after Russia began its military operation in Ukraine in late February. The EU’s decision marked a departure from the bloc’s longstanding policy of not providing military assistance.

Nevertheless, Kiev has repeatedly insisted that the international community should provide much more financial and military support. Ukrainian officials have been demanding that NATO either establish a no-fly zone over Ukraine, or provide Kiev with the means to do so itself, such as anti-air defense systems and warplanes. 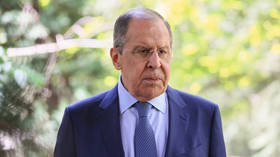 Meanwhile, Moscow has warned Western countries against “pumping” Ukraine with weapons, saying that these actions were prolonging the conflict and increasingly making a peaceful resolution to the war impossible.

Speaking before Borrell’s announcement, Russia’s Foreign Minister Sergey Lavrov stated that the EU has gone from being “a constructive economic platform” to becoming an “aggressive” actor amid the ongoing war in Ukraine.

“The EU is turning from the constructive economic platform that it was originally meant to be into an aggressive militant player that has ambitions stretching far beyond the European continent,” Lavrov said during a press conference on Friday, adding that the EU is “following in the footsteps of NATO” and that the two entities are in the process of merging, with the EU looking to become nothing more that an appendage to the US-led military bloc.