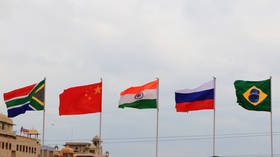 Two major economic integration organizations – the European Union and BRICS – are holding key summits this week. The leaders of EU member states are gathering in Brussels on Thursday for a two-day meeting, while BRICS countries are holding a virtual gathering hosted by China on the same dates.

The situation in Ukraine and its bid to become part of the Union top the agenda at the EU summit. European leaders will discuss economic crises around the world and how they affect the continent, as well as key foreign policy issues.

Meanwhile, Beijing will this week be hosting the 14th summit of BRICS emerging economies, uniting Brazil, Russia, India, China and South Africa. Member states will chart plans for closer economic, security and public health cooperation, and set goals for reviving the global economy in the wake of the Covid-19 pandemic.

Beijing, which holds the rotating presidency of BRICS, has argued for expanding the group by including Argentina as a full member. The Latin American nation has expressed its desire to join BRICS and will be attending the summit.

The virtual meeting of BRICS leaders will be the highest-profile international event for Russian President Vladimir Putin since he ordered an attack against Ukraine in February. As Western nations have sought to punish Moscow with economic sanctions, Russia has prioritized trade with nations including China and India, to mitigate the impact of Western trade restrictions.