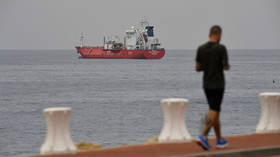 EU member states are expected to improve their procedure of joint gas purchases by the end of the current month, according to Commissioner Thierry Breton, who was cited by newspaper Le Figaro.

The step is aimed at reining in the latest increases in prices for gas incurred as a result of anti-Russia sanctions and a policy of abandoning Russian energy that had preceded the Ukrainian crisis.

The official said that the agreed measures should strengthen the EU nations’ position in negotiations with suppliers and added that gas prices would hopefully become “reasonable.”

As well as refining its gas-buying process, the EU authorities have reportedly also supported the introduction of a “temporary” scheme aimed at limiting price of gas, Le Figaro reports. The initiative has been already adopted in Spain and Portugal, and now France is proposing to expand it to the entire bloc.

In addition, EU leaders have reportedly called for speeding up EU negotiations with “reliable” energy producers like Norway and the US. Brussels is seeking to gain from its overall economic weight rather than compete for supplies, and thus create fuel-price increases, according to media.

Breton added that the EU has managed to diversify gas supplies thanks to Qatar, Norway and the US. However, the official stressed that the bloc is paying four times more for American liquefied natural gas than the Americans are, which is not normal.

According to Breton, the issue of high prices for gas from the US will be discussed by EU leaders in the near future.