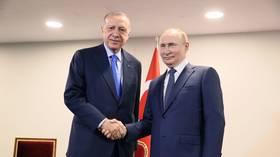 Moscow and Ankara have expressed their confidence in the outcome of the four-way talks on the Ukrainian grain exports. Russian President Vladimir Putin discussed the issue with his Turkish counterpart Recep Tayyip Erdogan during their meeting in Tehran on Tuesday.

Putin told journalists in Tehran that he and Erdogan discussed “cooperation” between Russia and Turkey in facilitating “easier” exports of both Russian and Ukrainian grain to the world markets, and were “satisfied” with the provisional outcome of the Istanbul talks on grain exports, held on June 13. They also talked about international food security, the Russian president said.

Erdogan praised the approach of the Russian delegation at the Istanbul talks as “very positive.” The outcome of the talks will have a positive impact on the “whole world,” he told Putin in Tehran, according to the Turkish Anadolu agency.

Putin thanked Erdogan for his mediation efforts and called the progress on the issue a “good sign.” Moscow expects the talks to continue “in the near future.” 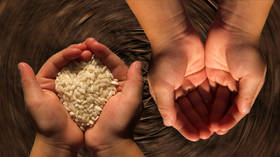 Kremlin spokesman Dmitry Peskov, however, noted that the situation around the Ukrainian grain that remains stuck in some of the nation’s ports due the ongoing conflict with Russia is not the reason for the global food crisis. Russia is still ready to contribute to the easing of the global food shortage, he added.

Earlier on Tuesday, Turkish companies expressed their readiness to process both Russian and Ukrainian grain to make other products like oil and then sell them to the other parts of the world. Exporting Russian and Ukrainian grain through Turkey could potentially speed up the whole process, said Celal Kadooglu, head of the Grains, Legume and Oilseed Product Exporters Association in the Turkish region of Southeast Anatolia.

During last month's meeting, negotiators from Russia, Ukraine, Turkey and the UN agreed to set up a joint coordination center in Istanbul to oversee the grain shipments. The sides also coordinated their approaches on some technical issues, such as joint controls and the safety of navigation, Turkish Defense Minister Hulusi Akar told reporters at the time. 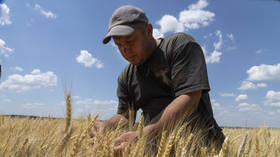 Last week, the UN also welcomed the provisional agreements reached during the Istanbul talks by calling it a “ray of hope.” The World Trade Organization (WTO), World Bank and International Monetary Fund (IMF) then issued a joint statement calling on nations around the world to remove trade restrictions to improve “the functioning and resilience of global markets for food and agriculture.”

Ukraine has accused Russia of blockading up to 25 million tons of grain in its ports, which Moscow has denied. Russia's own grain exports, four times larger than Ukraine's, have been blocked from reaching the world market due to Ukraine-related Western sanctions. A similar embargo on mineral fertilizers has further exacerbated the problem.