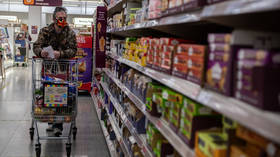 Food producers across Europe are contending with soaring energy prices, with that increase quickly felt in the pockets of consumers grappling with a cost-of-living crisis, Bloomberg reported on Tuesday.

According to the report, citing a Bank of England forecast, a third of UK households are set to spend more than 10% of incomes on energy, and now surging grocery costs are driving up food poverty.

“It is the domino effect that has happened with us having to take a huge increase on energy,” Ryan Peters, managing director of Brioche Pasquier UK, told the outlet. “We have to try and raise our prices to retailers a little bit, and unfortunately that goes on to consumers,” he said.

Kona Haque, head of research for commodities trader ED&F Man, warned: “I think the worst is still to come as energy prices rise. This winter will be a game changer and processing costs will likely go up.” 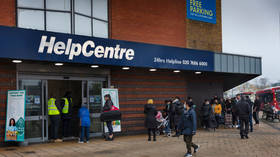 Companies turning soybeans, rapeseed and sunflower seeds into cooking oils have reportedly been slowing output in the UK and Europe and shifting production to other regions with lower energy prices.

Meanwhile, energy-intensive food factories across the continent could be forced to shut down if natural gas shortages spark rationing, Bloomberg warned.

“Just like people are grappling with their home budgets, we’re having to manage highly volatile energy and input costs, making sure every penny our business spends and gets as income is actively managed in real time,” Tate & Lyle Sugars senior vice president Gerald Mason was quoted as saying by the outlet.“We’re not running a casino. We’re making food, which gives us a big responsibility to get it right.”