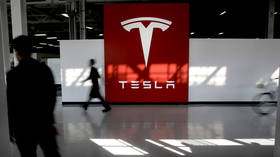 Tesla owner and CEO Elon Musk plans to cut 10% of the company’s jobs due to a “super bad feeling” he has about the economy, Reuters reported on Friday, citing Musk’s email to executives titled “pause all hiring worldwide.”

The company has not yet commented on the plan, but the email came two days after Musk issued a warning to his employees, saying they should spend a minimum of 40 hours in the office per week or leave the company, as manufacturing “the most exciting and meaningful products of any company on Earth… will not happen by phoning it in.”

Like many companies worldwide, Tesla has allowed remote work for every position where possible ever since the Covid-19 pandemic erupted in early 2020. However, as the pandemic subsides, firms have been reevaluating their policies, and Tesla appears to have decided that its future depends on employees actually being there in the office. 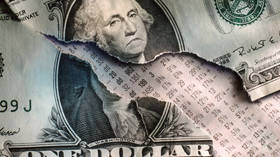 As for the ‘bad feeling’ Musk has about the economy, it may refer to his warnings of an imminent recession. Earlier this week, he tweeted that “recessions serve a vital economic cleansing function,” commenting on a tweet from Australian tech billionaire Scott Farquhar, who criticized Musk’s call for staff to return to the office and suggested that Tesla employees should look into remote work positions elsewhere.

Last month, when a Twitter user asked Musk whether the economy was approaching a recession, Musk wrote, “yes, but this is actually a good thing. It has been raining money on fools for too long. Some bankruptcies need to happen.” However, his directives to Tesla regarding hiring and office hours indicate that Musk does not want this to happen to his own company, and plans to avoid problems with the new policies.

Tesla employed around 100,000 people at the end of 2021, according to its annual SEC filing. Despite concerns of a recession, demand for Tesla cars remains strong and shows no signs of a downturn. The company reported better-than-expected first-quarter results, and sources say it is already sold out for the quarter despite supply-chain challenges and production troubles in China due to lingering Covid-19 lockdowns.