A UAV has been destroyed by Russian air defenses in the Voronezh Region, according to the top local official 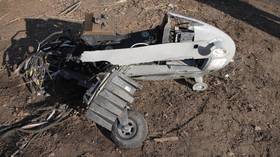 A surveillance drone was shot down, early on Wednesday, by Russian air defenses outside the city of Voronezh, deep inside Russia's territory and around 250km from the Ukrainian border, according to the regional governor.

The city has a population of over one million people and is a major strategic hub.

“The air defense systems detected and successfully destroyed a small-sized reconnaissance UAV in the skies near Voronezh,” Aleksandr Gusev wrote on Telegram.

He gave assurances that there was “no threat to the life and health of the region’s residents.”

The governor did not specify the origin of the drone, but some parts of the Voronezh Region have been on a heightened terrorist alert since April 11 due to possible action from Ukraine. 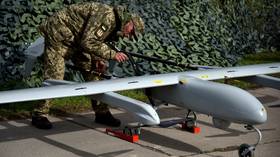 On Monday, two drones apparently operated by Kiev were shot down in the nearby Kursk Region, one of which was a Turkish-made Bayraktar UAV, according to local media.

Since the start of Russia’s military operation in Ukraine, numerous settlements in Russia's southwestern regions of Belgorod, Bryansk and Kursk have been hit from the Ukrainian side. However, the Voronezh Region has been largely spared from such attacks.

Also on Wednesday, a series of explosions rocked an ammunition depot to the south of Belgorod. This followed the shelling of three villages in the same region a day earlier.

Russia attacked Ukraine in late February, after Ukraine’s refusal to implement the terms of the Minsk agreements, first signed in 2014, and Moscow's eventual recognition of the Donbass republics of Donetsk and Lugansk. The German- and French-brokered protocols were designed to give the breakaway regions special status within the Ukrainian state.

The Kremlin has since demanded that Ukraine officially declare itself a neutral country and provide guarantees that it will not join NATO. Ukraine views the Russian offensive as an unprovoked act of war, and has denied claims it was planning to retake the two republics by force.