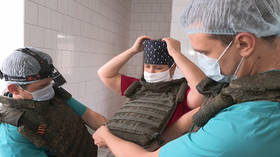 Russian doctors successfully carried out a unique operation involving the extraction of a live explosive from a wounded soldier’s body. Due to the risk of the round detonating during surgery, the doctors had to wear bulletproof vests along with their usual medical gowns.

The operation was carried out by a team of military surgeons from the Central Military Hospital of Russia’s Ministry of Defense at a local clinic in Belgorod Region, near the border with Ukraine. The soldier, junior sergeant Nikolay Pasenko, was admitted with a penetrating chest wound after his unit was ambushed by Kiev’s forces.

“There was a fight. I didn’t even understand what happened, but felt a blow to the side of my armor. I didn’t lose consciousness and continued to move. I didn’t know what was inside me,” Pasenko says.

Doctors say the unexploded round had pierced Pasenko’s ribs and lungs and became lodged at the spine between the aorta and the inferior vena cava near the heart. Lieutenant colonel Dr. Dmitry Kim, who led the surgery, explains that even without detonation, there was a high risk that Pasenko’s injury could have led to fatal internal bleeding, which was why the team of surgeons, along with their civilian colleagues, decided to carry out the operation at the local clinic instead of trying to transport the patient to another facility. 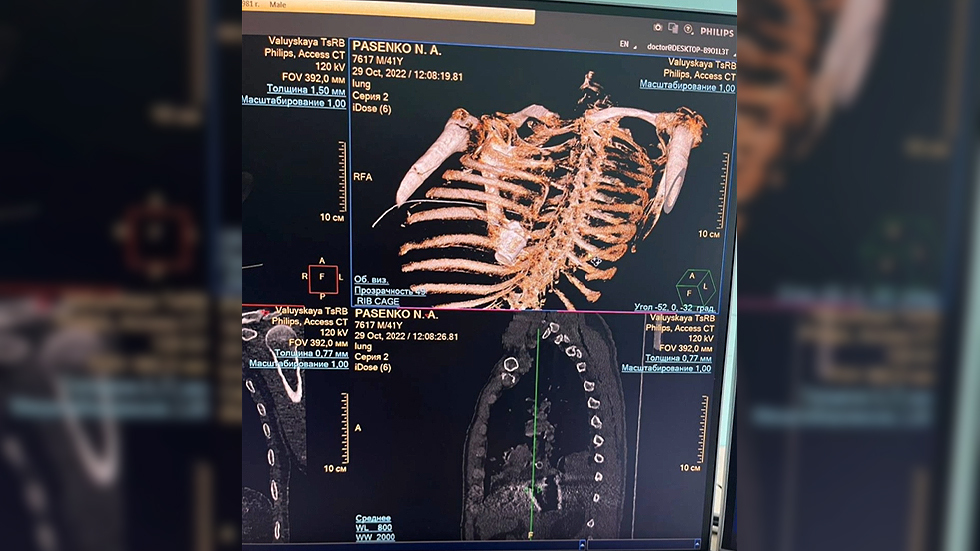 Kim noted that the risk of the ammunition detonating was extremely high and that the slightest wrong move could have ended in tragedy. Nevertheless, the team put on protective armor and proceeded with the difficult surgery.

“Everyone was warned of the threat of the round exploding, but no one refused to participate in the surgery,” Kim says. “We all took a calculated risk, and we understood the danger,” he added, noting that the team had no hesitation about carrying out the surgery, because “this is our job, and we are very passionate about what we do.” 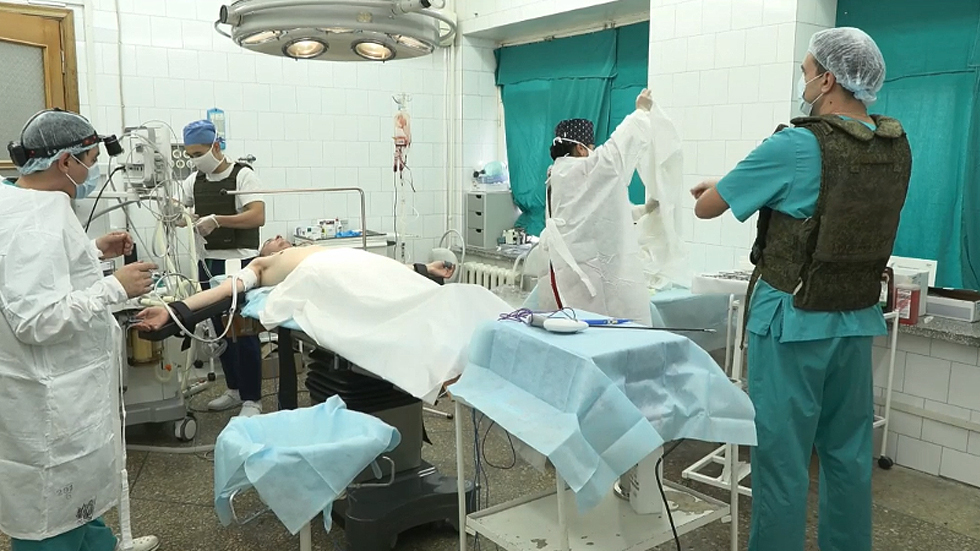 When the round was finally placed in a bucket with sand, the surgeon says everyone breathed a sigh of relief and laughed, noting that it “wasn’t every day that you take out a grenade or an explosive out of a person’s body.”

Pasenko has now been transferred to a military hospital in Moscow, where he is expected to make a full recovery.

The soldier says he was initially opposed to letting the doctors operate on him, because he understood what was lodged inside his body and did not want to put the medical staff at risk.

“But the doctors put on bulletproof vests and did everything carefully. Now, as you can see, I am sitting here in front of you,” Pasenko said, adding that he will be grateful to Dr. Kim for the rest of his life.

Pasenko recalled that Kim responded to his objections to the operation by saying “So we will explode together, and that’s that.”

“He is a very brave person. He is a real hero,” the soldier said, adding that surgeons are the real heroes, giving people a second chance to see their friends and family.