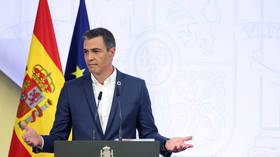 Spanish Prime Minister Pedro Sanchez revealed on Friday that he had stopped wearing a necktie in a bid to save energy and urged ministers to follow his lead.

Sanchez showed up at a press conference dedicated to the government’s energy saving plans wearing a white shirt, unbuttoned at the top, and a blue jacket.

He made a point of mentioning his less official look, saying: "I don't wear a tie, that means that we can all save from an energy point of view and I have asked all ministers and all public officials to do the same.”

He urged private companies to allow their staff to work without ties, “as long as it is possible,” adding that this way the whole nation “will save.” Energy saving, according to Sanchez, is a national priority because it helps reduce dependency on Russia and “bend the inflation curve.” 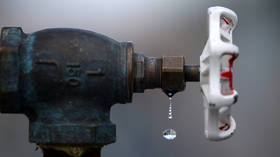 Sanchez did not elaborate about how exactly forgoing a tie helps save energy, but his move came a few days after the Ministry of Environmental Transition issued a recommendation to set air conditioners to 27 degrees Celsius – significantly higher than people normally set them, especially during Spanish heatwaves, when air temperatures can exceed 40 degrees Celsius.

“If you combine it with a fan, you will reduce electricity consumption almost in half,” the ministry said.

Sanchez’s government is expected to approve its energy-saving program on August 1.

By doing so it will join other European governments that are implementing similar measures amid a burgeoning energy crisis exacerbated by a decrease in Russia’s natural gas supplies.