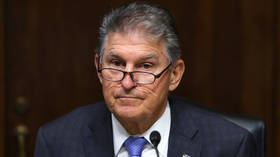 US Senator Joe Manchin, one of the most powerful lawmakers in Joe Biden’s own party, has blasted the president for vowing to shut down America’s coal-fueled power plants, unleashing an unusually candid rebuke of the Democrat leader just three days before the congressional midterm elections.

Manchin, a Democrat from West Virginia, was reacting to a speech that Biden gave on Saturday in California, where the president said of the nation’s coal-fueled power stations, “We’re going to be shutting these plants down all across America and having wind and solar.” The senator said Biden had never made such a comment to him.

“Being cavalier about the loss of coal jobs for men and women in West Virginia and across the country who literally put their lives on the line to help build and power this country is offensive and disgusting,” Manchin said. “The president owes these incredible workers an immediate and public apology, and it is time he learn a lesson that his words matter and have consequences.”

It seems his positions change daily depending on the audience and politics of the day.

White House press secretary Karine Jean-Pierre said Biden’s speech was “twisted to suggest a meaning that was not intended.” She added, “The president was commenting on a fact of economics and technology: As it has been from its earliest days as an energy superpower, America is once again in the midst of an energy transition.”

West Virginia is the second-largest coal-producing state, ranking behind only Wyoming, and it relies on the fuel for 89% of its power generation. Nationwide, coal fueled almost 22% of electricity production in 2021, nearly double the combined output of wind and solar, according to US Energy Department data. Only natural gas ranked higher as a fuel source, at 38%. 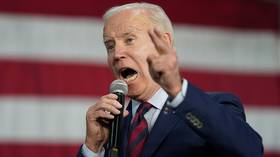 Parts of the US have faced power shortages. For instance, the grid operator in New England has warned that the region may suffer blackouts this winter. Some states have struggled with the transition to renewable energy sources, given the intermittency of output from wind and solar farms. California has been forced to impose rolling blackouts from time to time during periods of surging power demand.

As the most conservative Democrat in the Senate, Manchin wields outsized power because he’s often the biggest impediment to pushing through partisan legislation that needs unanimous support from the party. Colleagues have called him “infuriating” for forcing compromises on Biden’s agenda.

The senator’s sharp criticism of the party’s leader comes as Democrats try to rally support amid expectations that they will lose control of Congress in Tuesday’s midterms. Manchin won’t be up for re-election until 2024.