‘Deep mistrust’ between US and Zelensky – NYT

US officials are more concerned about Ukraine’s leadership than they acknowledge publicly, the paper’s columnist says 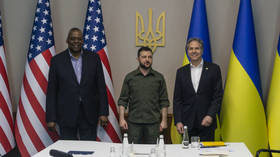 There is a “deep mistrust” between the administration of US President Joe Biden and Ukrainian President Vladimir Zelensky, a New York Times columnist claimed in an article published on Monday.

The US has so far been the strongest backer of Ukraine in its conflict with Russia, providing billions of dollars in military aid along with intelligence, but according to the paper’s foreign affairs columnist Thomas L. Friedman, relations between Washington and Kiev are not as they seem.

“Privately, US officials are a lot more concerned about Ukraine’s leadership than they are letting on,” Friedman, a three-time Pulitzer Prize winner, wrote. “There is deep mistrust between the White House and Ukraine President Vladimir Zelensky — considerably more than has been reported.”

The NYT writer described Zelensky’s decision to fire Prosecutor General Irina Venediktova and the head of the State Security Service (SBU), Ivan Bakanov, in mid-July as “funny business going on in Kiev.” 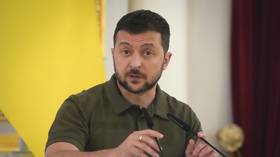 Friedman noted that he hasn’t yet seen any reporting in the US media that “convincingly explains” the reasons behind the largest shakeup in the Kiev government since the launch of the Russian military operation on February 24.

“It is as if we don’t want to look too closely under the hood in Kiev for fear of what corruption or antics we might see, when we have invested so much there,” he wrote.

The piece was published ahead of the then-unconfirmed visit of the US House Speaker Nancy Pelosi to the self-governed Chinese island of Taiwan, which Friedmn criticized as a move that would be “utterly reckless, dangerous and irresponsible.”

Its negative consequences could include “a Chinese military response that could result in the US being plunged into indirect conflicts with a nuclear-armed Russia and a nuclear-armed China at the same time,” he warned.

On Tuesday afternoon, despite warnings from Beijing, Pelosi’s plane landed in Taiwan, which China considers to be part of its territory. In response, China vowed to take “measures to resolutely safeguard its sovereignty and territorial integrity”. Pelosi has become the most high-ranking US official to visit the island since 1997.

The columnist urged Washington to “keep your eyes on the prize” instead of provoking Beijing. “Today that prize is crystal clear: We must ensure that Ukraine is able, at a minimum, to blunt — and, at a maximum, reverse — Vladimir Putin’s unprovoked invasion, which if it succeeds will pose a direct threat to the stability of the whole European Union,” he insisted.

Russia sent troops into Ukraine five months ago, citing Kiev’s failure to implement the Minsk agreements, designed to give the regions of Donetsk and Lugansk special status within the Ukrainian state. The protocols, brokered by Germany and France, were first signed in 2014. Former Ukrainian President Pyotr Poroshenko has since admitted that Kiev’s main goal was to use the ceasefire to buy time and “create powerful armed forces.”