Home Iz minuta u minut Decision to lift Russian boxing ban is example for all sport –... 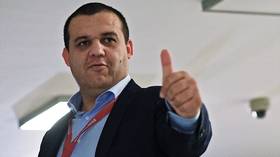 International Boxing Association (IBA) president Umar Kremlev has said his organization’s decision to lift a ban on Russian and Belarusian competitors sets an example for other federations to follow.

The IBA announced on Wednesday that its board of directors had voted to reverse the sanctions initially imposed on Russian and Belarusian boxers back in March.

The IBA said it would also allow fighters from the two countries to compete at tournaments with the use of their national flag and anthem.

IBA president Kremlev, who is Russian, said that the step must be followed by other international federations which have sidelined Russian and Belarusian athletes in recent months because of the conflict in Ukraine. 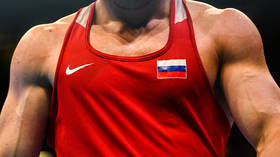 “And when sports begin, political games end. We – the International Boxing Association, the boxing family – demonstrate today that we are independent.

“We protect athletes, we must give all athletes equal conditions, because for athletes it is important when their anthem is played and their flag is raised, and not the medals that are hung on them – this is secondary.

“I also call on all international associations to take such a decision. Because it’s the right decision,” Kremlev added.

“Our task as sports functionaries is to protect our beloved athletes and be peacemakers in everything, to call everyone to peace.

“This is what sport was created for – to bring good to the world. I urge everyone to join us and our decisions.”

In a statement announcing the reversal of its ban, the IBA said it “strongly believes that politics shouldn’t have any influence on sports. Hence, all athletes should be given equal conditions.”

It also stressed that it will “remain politically neutral and independent.” 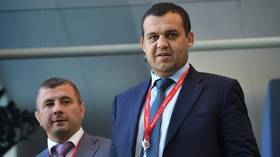 Kremlev indicated last month that he backed the return of Russian and Belarusian boxers, along with their respective national symbols, after being backed in a leadership challenge at the IBA’s Extraordinary Congress in Yerevan, Armenia.

IBA members voted overwhelmingly against holding a fresh presidential election, meaning Kremlev would remain in a role to which he was first elected in December of 2020.

In not only allowing Russian and Belarusian boxers to compete but also permitting the use of their respective flags and anthems, the IBA has become something of an outlier among world sports federations.

Dozens of sports have imposed blanket bans on athletes from the two countries at international events, following a recommendation by the International Olympic Committee (IOC) on February 28.

Some sports, notably including tennis, have allowed Russian and Belarusian players to continue to perform, but under strictly neutral status.

IOC president Thomas Bach suggested to Italian media last week that the organization could recommend that federations allow Russians and Belarusians to compete under neutral status, but on condition that they “distance themselves” from their government and its actions.

Those suggestions have been met with anger by many within Russian sport.

Russian Olympic Committee (ROC) president Stanislav Pozdnyakov responded by saying that Bach was effectively asking Russian athletes “to violate the laws of their country and the Olympic Charter.”