Despite ‘House of Psychedelics’ expo offering meditation, breathwork and “ecstatic dance,” organizers say there won’t be any drugs 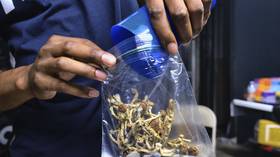 Business and political leaders meeting at the World Economic Forum’s Davos gathering this month will explore the opportunities for personal and business growth in psychedelic drugs, Bloomberg reported. The psychedelic showcase is a sign of the growing interest in still-illegal substances among the architects of ‘The Great Reset.’

When world leaders and their colleagues in the business and nonprofit sectors arrive in Davos, Switzerland, next weekend, the agenda is typical of the World Economic Forum’s annual meetings. Visitors will discuss their shared interest in eliminating fossil fuels, reshaping the world’s economy, and eroding the boundaries between nations.

However, they’ll also get a chance to stop at the ‘House of Psychedelics’ along the Davos promenade and “inquire about how they might be able to use psychedelics,” Marik Hazan, director of Tabula Rasa Ventures, a startup incubator for psychedelic companies, told Bloomberg. 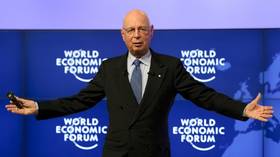 The ‘House of Psychedelics’ will host debates and discussions on the ethical use of psychedelic drugs, their potential health benefits, and on opportunities for profit. Accordingly, Maya Health, a data platform, and Irwin Naturals, a vitamin and supplement company, are sponsoring the event.

As a profit-making exercise, the event isn’t on the WEF’s official agenda. However, one self-described “shaman” who plans on attending told Bloomberg that she considers it “important to educate politicians about what heals,” and that she hopes to drive psychedelic drugs even further into the mainstream with the event.

Yet political leaders won’t get a chance to smoke DMT or gorge themselves on magic mushrooms. Despite offering “experiential and immersive experiences” like meditation, breathwork and ecstatic dance, a spokeswoman for Tabula Rasa’s parent company told Bloomberg that “there will be absolutely no drugs on site.”

Psychedelic drugs are a nascent but troubled industry. While study after study has hinted at their potential for treating depression, PTSD and other mood disorders, most of these drugs remain illegal throughout the world. With the law blocking business, the Advisorshares Psychedelics ETF – a Wall Street fund backed by investment titan BlackRock Capital that invests in pharmaceutical firms researching these drugs – lost more than half of its value this year.

The World Economic Forum became a household name during the coronavirus pandemic, as it sought to bring world leaders together to coordinate their response to Covid-19. It also attracted controversy for some of its policy proposals – laid out by Chairman Klaus Schwab in his book ‘Covid-19: The Great Reset,’ which include digitization of the global monetary system, an “urgent” transition away from traditional energy sources, a switch to a permanent rental economy, and a worldwide rollout of digital ID. Critics have accused Schwab’s organization of attempting to usher in a single world government.

Yet the ‘House of Psychedelics’ won’t be the first time the Davos set have dabbled in drugs. Attendees in 2020 could visit an Israeli-led ‘Cannabis House’ to learn about the lucrative profits and environmental benefits in the hemp trade, and in 2019 attendees were treated to a half-hour lecture (on the official agenda) about the ‘New Science of Psychedelics’ and their potential medicinal benefits.