Bitcoin slides to its lowest level this year as inflation soars 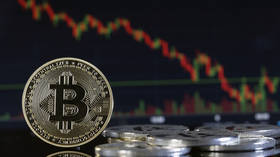 Bitcoin, the world’s largest cryptocurrency by market value, dropped below $33,000 during Monday trading, according to data from cryptocurrency news portal CoinDesk, losing half of its value since its peak six months ago.

The dip comes as part of a wider crypto market collapse, which has wiped out almost $300 billion from the value of cryptocurrencies over the last four days. 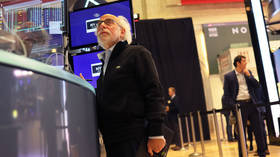 Panic over soaring consumer prices and fears over the impact the crisis in Ukraine will have on the world economy have been named as reasons behind the crypto market crash, which is accompanied by a wider drop in stock markets around the world.

Last week, central banks in the US, UK, and other nations raised interest rates in an attempt to curb inflation, which has been rising at the fastest pace in decades, leading to warnings of recession.