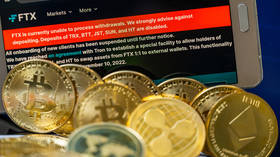 The collapse of cryptocurrency exchange FTX has sent the value of all crypto assets plummeting as investors soured on a market that once seemed extremely promising.

From Friday to Sunday, total market cap of all tokens was down 3% from $856 billion to $831 billion. Since November, their value has dropped by 18% from a little over $1 trillion, according to CoinMarketCap.

Meanwhile, the data tracked by website CoinGecko shows that the value of global crypto assets has fallen over 70% from a record peak of just under $3 trillion recorded a year ago.

The price of bellwether bitcoin tumbled 22% in the seven days through Sunday, its worst weekly performance since mid-June, while its market cap fell to $305 billion. The top crypto has lost three-quarters of its value in one year.

At the same time, ether dropped 24%, its market cap declining to $144 billion. Solana was the biggest loser, dropping over 60% in the past seven days. Dogecoin fell by 30% over the same period. 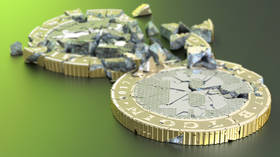 Things got worse over the weekend when FTX and FTX US became victims of an attack that drained hundreds of millions of dollars in crypto out of the exchanges’ wallets. On Sunday, crypto exchanges Binance and Huobi blocked deposits of FTT, FTX’s native tokens, after some $400 million-worth of the tokens were released out of schedule without any official explanation. Stablecoin issuer Tether blocked addresses tied to the FTX account drainer’s wallets.

The bankruptcy of the FTX exchange is the latest blow to the struggling cryptocurrency market. The price of digital coins began to drop sharply back in June as the US Federal Reserve’s tightening policy prompted investor fears of an incoming recession, which also increased demand for safe-haven financial assets.