Mentally challenged children were tied to their beds in a care home, according to Russian media 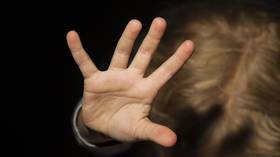 Russia’s Investigative Committee opened a criminal case on Tuesday following media reports about child abuse in a care home in the southwestern Voronezh Region. The incident reportedly saw some mentally challenged children tied to their beds and photographed.

The head of the law enforcement agency, Aleksandr Bastrykin, has taken the investigation under his personal control.

Photos of children spread-eagled on metal beds with their arms and legs tied to the frames first appeared in some local media in late October. The pictures sent to the outlets by an anonymous source were said to be taken in a local care home housing children with mental disabilities. The report prompted local authorities and journalists to send several inspections to the facility, which found no sign of wrongdoing.

The Investigative Committee also sent officers to the care home, yet they also failed to find “any objective evidence confirming the fact of any unlawful actions taken against the foster children” at the facility, the law enforcement agency said on Tuesday, adding that the children suffered no “bodily injuries.” 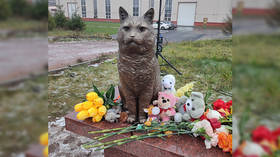 The officers nevertheless searched the facility, questioned its staff and took the “relevant documents” to determine all of the potential circumstances of the incident. The Investigative Committee still decided to open a case pertaining to the abuse of minors. Meanwhile, investigators did not rule out that it might have been a “false report.”

A local news outlet, Vesti Voronezh, then revealed that the photos might have been “staged” by an ex-employee of the care home, who had previously been in conflict with its administration. Several people left their positions at the facility this summer, the outlet noted.

The local authorities vowed to provide “all the necessary assistance” to investigators. The social services department in the region branded the report about the alleged abuse a “provocation.” The care home’s director, Nikolay Skolznev, called on law enforcement to “find the person who took the photos [and] tied the children,” adding that “they should face justice.” He also said that he tried to maintain control over the situation at the facility, adding that he “would not evade responsibility” for the incident.