The global economy would lose trillions, the Financial Times reports 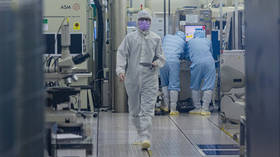 A conflict over Taiwan would trigger a huge shock to the world economy, the Financial Times reported on Friday, citing research commissioned by the US government.

According to the news outlet, military action in the self-governed Chinese territory would result in $2.5 trillion in economic losses, FT writes. The figure was provided to the outlet by people familiar with a document prepared by the research firm Rhodium Group.

Industries dependent on semiconductors such as the automotive and electronics sectors would suffer the biggest disruptions, the report says. Most of the global chip supply is produced in Taiwan.

Chinese companies would see their financial flows dry up, which would deal a severe shock to global trade, and developing countries that rely on China would plunge into economic crisis, FT said, citing the research.

The US State Department shared the findings with its partners and allies. The US and EU have begun talks on how to prepare for a potential conflict over the island, the FT noted.

Taiwan has governed itself since 1949, but has never officially declared independence. Beijing sees it as part of its own territory, in line with its One-China policy, and seeks to eventually reintegrate it. 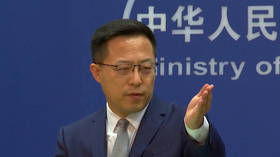 The US acknowledges, but does not endorse, the position that Taiwan is part of China. However, it has supplied weapons to the island for decades. In September, the administration of US President Joe Biden approved a $1.1 billion arms sale to Taipei. Further legislation is being prepared that would result in the State Department issuing up to $10 billion in foreign military assistance to Taiwan over the next five years.

Tensions surrounding Taiwan have escalated since August, when US House Speaker Nancy Pelosi visited Taipei despite warnings from the Chinese authorities. Beijing responded by launching large-scale military drills in the Taiwan Strait and imposing trade restrictions on the island.