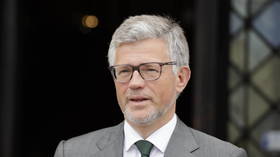 Kiev’s strident ambassador to Berlin, Andrey Melnik, might be about to leave Germany to potentially take a new post within the Ukrainian Foreign Ministry, the German tabloid Bild reported on Monday, citing an unnamed Ukrainian official. Melnik has recently found himself at the center of yet another scandal after defending Nazi collaborator and Ukrainian national hero Stepan Bandera in an interview.

The ambassador “might soon leave Germany and go back to Kiev,” Bild said, citing “several sources” in the Ukrainian capital. A new ambassador to represent Kiev’s interests in Berlin is reportedly being sought, the outlet stated, adding that Ukraine might make the move before autumn. 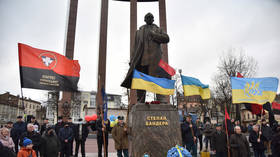 Ukraine’s Foreign Ministry has reportedly already asked President Volodymyr Zelensky to consider the move. “Andrey Melnik is very much appreciated in Kiev for his work,” a Ukrainian government official told Bild. According to the media outlet, the ambassador might get the post of deputy foreign minister.

In Germany, Melnik is mostly known for his offensive rhetoric. He has repeatedly criticized Berlin over allegedly not doing enough to make Ukrainian refugees “feel welcome” and being reluctant to supply Kiev with the weapons it requested. In May, he personally insulted Chancellor Olaf Scholz by calling him an “offended liverwurst” over his refusal to visit Kiev at that time. In June, the diplomat admitted he regretted berating the chancellor.

Most recently, Melnik found himself at the center of a new controversy after he repeatedly defended Stepan Bandera – a controversial Ukrainian national hero who collaborated with the Nazis during WWII – in an interview with the German podcaster Tilo Jung. In particular, the ambassador insisted Bandera was not implicated in the mass murder of Jews and Poles. 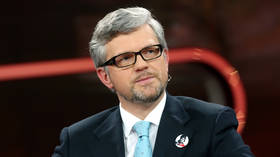 His words drew sharp criticism from both Poland and Israel and prompted the Ukrainian Foreign Ministry to say that the ambassador’s words were his own and did not reflect Kiev’s position. On Monday, it became known that the part of the interview in which Melnik defended Bandera was blocked by the popular short video platform TikTok.

The clip featuring Melnik’s words about Bandera “violates community rules” of the video-sharing app, Jung wrote in a post on his show’s Twitter page. The podcaster called it “censorship of journalism.” According to the German media, the clip has since been removed from TikTok.

The German government’s antisemitism commissioner, Felix Klein, also criticized Melnik’s words on Monday by calling them “problematic.” Such statements only sow discord among the nations that support Ukraine, the official said. He also called on Kiev to join the International Holocaust Remembrance Alliance (IHRA), adding that the intergovernmental organization would be “an appropriate forum” for properly discussing issues raised by the ambassador “at an international level.”