Beijing Skyrizon blasted the seizure of Ukrainian aircraft engine producer Motor Sich, in which it claims a stake 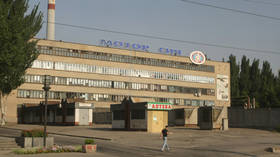 A Chinese company engaged in a legal battle over a majority stake in Motor Sich, Ukraine’s leading aviation company, has denounced Kiev’s decision to take over the company under wartime authority.

Beijing Skyrizon Aviation Industry Investment said it opposed the “shameless actions by the Ukrainian state,” which it accused of politicizing business and abusing its power to “plunder” the property of foreign investors.

“The lawful rights and interests of Chinese investors have been significantly violated, resulting in large economic loss,” the statement said, as cited by the media.

In 2017, a court in Kiev froze Beijing Skyrizon’s acquisition of a majority stake in the Ukrainian company on national security grounds. Ukraine’s national security services argued that Motor Sich’s military technologies could be compromised by foreign control. 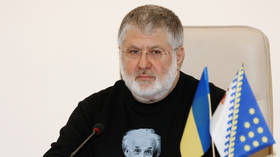 In early 2021, the government of President Vladimir Zelensky imposed sanctions on Beijing Skyrizon and its owner, Wang Jing, that banned any Chinese attempts to operate Motor Sich or move capital out of Ukraine.

The US, which opposed the acquisition of the Ukrainian manufacturing giant, previously put the Chinese firm on its Military End-User List, which restricts access to American exports.

Last December, Beijing Skyrizon filed a claim of compensation against Ukraine in the Hague-based Permanent Court of Arbitration. It asserted that Kiev’s actions had caused $4.5 billion in damage.

This week, it was revealed that Ukraine’s securities regulator had ordered the seizure of the privately-owned shares of several key enterprises, including Motor Sich. Vyacheslav Boguslaev, its long-time director and former co-owner, who sold his stake to Chinese investors, is currently under a criminal investigation for allegedly having dealings with Russia.

The Ukrainian government claimed that it was necessary for the Defense Ministry to operate the assets due to the military conflict with Russia. After it is over, the stakes may be returned to their original owners or bought out by the government, the National Security Council explained.