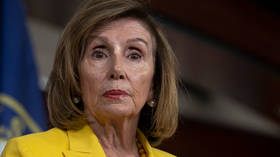 China has reportedly raised the stakes in its row with Washington over US House Speaker Nancy Pelosi’s planned trip to Taiwan, saying it may respond militarily if the California Democrat goes through with the visit.

The latest warnings were privately issued to members of President Joe Biden’s administration, the Financial Times reported on Sunday, citing six unidentified people familiar with the matter. The statement was significantly stronger than the warnings that Chinese officials have given in the past over controversial US actions or policy decisions related to Taiwan.

Pelosi is reportedly scheduled to visit Taipei next month, in what would be the first trip by a House speaker to the breakaway republic since 1997. Chinese Foreign Ministry spokesman Zhao Lijian said last Tuesday that Pelosi’s trip would have a “grave impact” on US-China ties. “If the US were to insist on going down the wrong path, China will take resolute and strong measures to safeguard its sovereignty and territorial integrity. All the ensuing consequences shall be borne by the US side.” 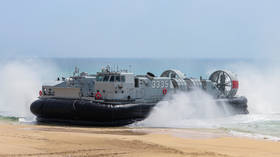 Chinese officials also have argued that a visit to Taipei by such a high-level representative – as House speaker, Pelosi would be next in line to the Oval Office if neither the president nor vice president were able to serve – would violate the US “One China” policy, under which Washington acknowledges Beijing’s claim to sovereignty over Taiwan. On Friday, Chinese Foreign Ministry spokesman Wang Wenbin reiterated Beijing’s vow to take “strong countermeasures,” adding, “We mean what we say.”

The Pentagon apparently sees Pelosi’s planned trip as problematic. Pressed on the issue by reporters last Wednesday, Biden replied, “I think that the military thinks it’s not a good idea right now, but I don’t know what the status of it is.”

Pelosi told reporters on Thursday that Biden hadn’t raised any concern directly with her. “I think what the president was saying is, maybe the military was afraid our plane would get shot down or something like that by the Chinese,” she said. 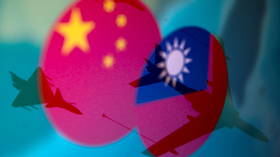 White House officials are trying to assess whether the latest Chinese warning is serious or “brinkmanship” to bluff Pelosi out of taking the trip, the Financial Times said. US National Security Advisor Jake Sullivan opposes the visit over concerns that it would escalate tensions across the Taiwan Strait. The National Security Council has given Pelosi “context, facts and geopolitical relevant information” about the planned visit, leaving her to make her own decision, spokesman John Kirby said.

US-Chinese tensions over Taiwan have escalated in recent months. The Financial Times reported earlier this month that Pelosi intended to visit Taiwan in a show of support amid mounting reunification pressure from the mainland.

Chinese Ambassador to France Lu Shaye said in a June interview that Beijing wouldn’t let Taiwan stand as an independent state. “We’ll retake Taiwan by all means, including military ones. If we can’t reunify the country by peaceful means, what else are we left to do?”

A US congressional delegation defied China’s warnings against going through with a trip to Taiwan last November. Five House members met with Taiwanese officials about economic and security issues, marking the second visit to Taipei that month by members of Congress. Beijing sees such trips as emboldening separatist forces and undermining the foundation of US-China relations.