The Chinese Air Force will circle Taiwan if necessary, a spokesman said 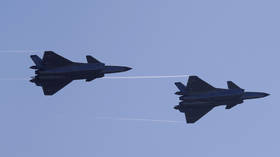 The Chinese Air Force will circle Taiwan with fighter jets if necessary to “safeguard national sovereignty and territorial integrity,” a spokesman said on Sunday. US House Speaker Nancy Pelosi is heading to the region, but it is not yet clear if she will go ahead with a controversial visit to Taiwan, which Beijing firmly opposes.

Speaking at a military airshow on Sunday, Air force spokesman Shen Jinke said that China has many kinds of aircraft capable of circling “this precious island of our motherland.”

China’s Air Force “has the firm will, full confidence, and sufficient capability to defend national sovereignty and territorial integrity,” Shen added, according to a Reuters report citing Chinese state media. 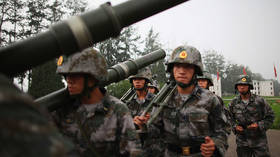 Shen’s statement came as US House Speaker Nancy Pelosi departed for Asia, announcing on Sunday that she would stop in Singapore, Malaysia, South Korea, and Japan for “high-level meetings.” Pelosi had planned on visiting Taiwan during this trip, but stopped short of confirming or denying whether she would go through with this plan in recent days.

Beijing considers Taiwan, which has been ruled by a separate government since the late 1940s, to be part of its territory, and opposes high-level diplomatic recognition of the island’s authorities. Washington officially recognizes, but does not endorse, Beijing’s sovereignty over the island.

Should Pelosi go through with her visit, she would be the first speaker of the House of Representatives to do so since Newt Gingrich made the trip in 1997.

Speaking to Biden by phone on Thursday, Chinese President Xi Jinping warned the US leader not to “play with fire,” cautioning him that a visit by Pelosi would be perceived as a challenge to the country’s national sovereignty and territorial integrity. Biden himself said last week that a visit by the speaker would be “not a good idea,” but did not directly advise her against going.