Foreign meddling means Beijing must retain use of force as an option as it seeks peaceful reunification, it said 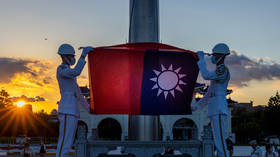 Beijing wants peaceful reunification with Taiwan, but foreign powers meddling in Chinese domestic affairs and encouraging secession on the self-ruled island make it necessary to retain the use of force as an option, a Chinese white paper has said.

“We will work with the greatest sincerity and exert our utmost efforts to achieve peaceful reunification. But we will not renounce the use of force, and we reserve the option of taking all necessary measures,” said the policy document, which was released on Wednesday.

The contingency is necessary “to guard against external interference and all separatist activities,” according to the paper, and does not target “our fellow Chinese in Taiwan.” Beijing stated that it would resort to violence only if forced to do so in the event of other parties crossing its red lines.

The white paper sets out China’s claim of sovereignty over Taiwan, based on history, international law and the aspirations of the people of China. It said cross-strait relations have vastly improved over the decades. Beijing sees peaceful reunification under the “one country, two systems” arrangement – which would allow Taipei to preserve its domestic policies – as the ultimate goal of its Taiwan policy. 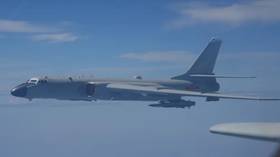 The ongoing escalation of tensions goes against the objectively beneficial path of reconciliation, the Chinese government said, blaming it on anti-Chinese forces in the US. They work “to incite groups inside Taiwan to stir up trouble and use Taiwan as a pawn against China,” it said.

“Left unchecked, [this effort] will continue to escalate tension across the straits, further disrupt China-US relations, and severely damage the interests of the US itself,” the paper warned. Beijing “will leave no room for separatist activities in any form” in Taiwan, it added.

Taiwan’s administration under the ruling Democratic Progressive Party has “adopted a separatist stance, and colluded with external forces in successive provocative actions designed to divide the country,” the paper asserted. 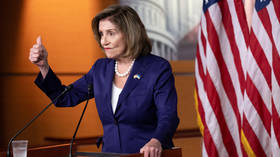 It compared the separatist drive to the capture of Taiwan by Imperial Japan at the end of the 19th century, which became a rallying point for Chinese nationalism. Any attempt to take the island from China would go against the will of the 1.4 billion Chinese people, including the 23 million living in Taiwan itself, the document stated.

Taiwan was the last bastion of Chinese nationalist forces during the civil war of the 1940s, which their communist opponents won. The US backed the nationalists and maintained informal relations with Taipei even after switching diplomatic recognition to Beijing in 1979.

The white paper was published a week after the speaker of the US House of Representatives, Nancy Pelosi, paid a visit to Taiwan despite objections from Beijing. The trip triggered a diplomatic crisis between the two nations and prompted China to launch military exercises around the island.