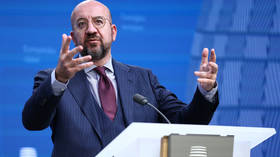 Chinese authorities canceled an opening address by the European Council President that was supposed to be shown on the occasion of a major trade expo in Shanghai, Reuters reported on Tuesday, citing sources. In his speech, Charles Michel was reportedly set to castigate Russia for the ongoing Ukraine conflict, as well as to call for a reduced EU dependency on China.

According to a number of diplomats interviewed by the news agency, the pre-recorded video featuring the top EU official was meant to be featured at the opening of the China International Import Expo (CIIE) on Friday.

Barend Leyts, a spokesman for Michel, confirmed to Reuters that the official’s team “had indeed provided a pre-recorded message which was ultimately not shown,” adding that this issue had been addressed “through the normal diplomatic channels.”

Zhao Lijian, a spokesman for China’s foreign ministry, declined to comment on the issue, claiming he is “not aware of the relevant situation.” 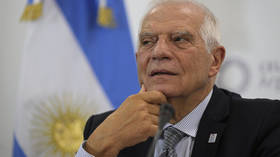 According to EU diplomats, in his speech Michel offered scathing criticism of what he called “Russia’s illegal war against Ukraine.” He was also set to draw parallels between Europe’s over-reliance on Russia for energy and Chinese trade, the report says.

Michel was also reportedly going to ask Beijing to convince Russia to stop hostilities in Ukraine. “China has a role in using its influence to stop Russia’s brutal war. You, China, can help put an end to this.”

China has repeatedly refused to denounce Moscow’s military operation in Ukraine or to join the sanctions the West has imposed on Russia. Moreover, it has insisted that Western countries and Kiev had failed to address Moscow’s “legitimate security concerns,” while also blasting NATO for pushing tensions between Moscow and Kiev to a “breaking point.”

The China International Import Expo is a trade fair held annually since 2018 which is meant to showcase Beijing’s efforts to support trade liberalization and economic globalization.