Beijing states that Australia, the US and UK are building a military bloc in Oceania without consulting with the region’s players 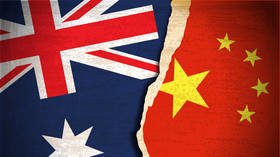 In response to Australia's criticism of its security pact with the Solomon Islands, China has accused Canberra and its partners of encouraging an “arms race” in the South Pacific region.

“Australia, together with the United States and Britain, form a military bloc in the region and encourage an arms race without discussing relevant issues with the countries of Oceania,” Chinese foreign ministry spokesperson Zhao Lijian said at a media briefing on Wednesday.

The recently signed security agreement between Beijing and the Pacific nation has been a matter of concern for the Australian authorities. Prime Minister Scott Morrison claimed that a Chinese military base on the Solomons would constitute a “red line” for Canberra. 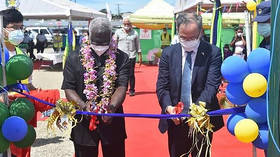 Zhao refuted the reports of his country’s alleged plans to establish a new military foothold, calling them “fake news.”

He underlined that signing agreements about security cooperation is a “sacred right of two sovereign countries” and is fully in line with international practice. He also stressed that China’s pact with the Solomon Islands is open, transparent and does not target “any third parties.”

Therefore, the spokesman added, Australia should change its “opaque” approach which, as he claimed, is viewed as very concerning by the countries in the region.

Zhao’s statement follows last week’s remarks by the Solomon Islands’ Prime Minister Manasseh Sogavare, who said that the West has “no need to worry” about his country’s agreement with China and stressed that his nation feels “insulted” over the “continued lack of trust” demonstrated by Australia.

Sogavare also claimed that the Solomon Islands perceive a threat to their interests and have to deal with the risk of “military intervention” posed by Western countries.

“We are threatened with invasion,” he warned. “Now, that is serious.”

The nation’s prime minister previously criticized Australia for being hypocritical when it came to the Solomons’ pact with China. He argued that Canberra had not consulted with its other partners last year when it unveiled the AUKUS deal – a security pact involving Australia, the UK and US – which paves the way for Canberra to acquire nuclear-powered submarines.