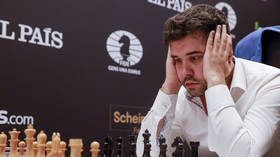 Russia will be unable to hold the World Chess Championship 2023 next year due to recommendations made by the International Olympic Committee (IOC), as confirmed by International Chess Federation (FIDE) president Arkady Dvorkovich.

The IOC demanded that Russia should not host international sporting events in light of the military operation launched in Ukraine in late February.

Shortly thereafter, it also recommended that Russian teams, clubs, and athletes should not be allowed to participate in international events. This has been heeded by a number of federations, but some sports, such as tennis and chess, have ignored it and allowed individual players to compete under neutral status – or in the case of chess, under the flag of their country’s federation even as Russian national teams are banned.

This means that Russia’s Ian Nepomniachtchi can take on China’s Ding Liren in the World Chess Championship 2023, which prompted the Russian Chess Federation to offer to host half of the games in Moscow at the Tretyakov Gallery, with the other half held in Ding’s homeland.

In remarks made on Friday, however, Dvorkovich poured cold water on such a prospect. “We cannot hold world championships in Russia [because of] the recommendation of the IOC,” he said.

“We do not want to aggravate the situation in this regard. And in this regard, China is not very fair [either]. Therefore, we are counting on a neutral country.” 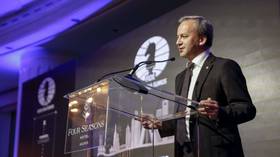 The last edition of the World Chess Championship was held in Dubai and saw Nepomniachtchi lose to reigning champion Magnus Carlsen in late 2021.

Nepomniachtchi guaranteed a rematch against the Norwegian in 2023 by winning the Candidates Tournament. But when Carlsen pulled out of the World Chess Championship this past July, Candidates runner-up Ding was appointed to take his place.

Most recently, almost a fortnight ago, Nepomniachtchi suffered an ‘Armageddon’ tiebreaker defeat to Hikaru Nakamura in the final of the 2022 FIDE Fischer Random World Championship in Reykjavik.