The Russian owner may wants his $2 billion repaid, according to one report 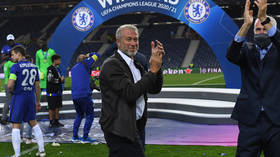 The future sale of Chelsea FC has been thrown into further uncertainty with reports claiming that current owner Roman Abramovich wants his £1.6 billion ($2 billion) loan repaid.

The Premier League giants were put on the market by Abramovich in March before the Russian billionaire was sanctioned by the UK government for alleged links to President Vladimir Putin as a response to Russia's military operation in Ukraine.

A sale of the club is still possible if overseen by British authorities, with LA Dodgers owner Todd Boehly's group currently in the middle of a five-day period of exclusivity while previously earmarked as favorites to take over the west Londoners as early as this week if terms of a deal are agreed with Abramovich.

According to The Times, however, Abramovich is considering going back on his promise to write off Chelsea's $2 billion debt to him after previously saying "I will not be asking for any loans to be repaid" when announcing that the club would be put up for sale on March 2.

Club officials told the UK government that they wish to restructure the way the club is being sold and demanded that the debt linked to parent company Fordstam Ltd is paid to a firm called Camberley International Investments based in Jersey.

"Camberley International Investments Ltd provides funding to Fordstam Ltd and its subsidiaries as required to enable the Group to continue as a going concern," Fordstam's latest accounts say, but it remains unclear who owns Camberley, which was established in August 2020.

Abramovich's reported change of heart comes at a time when the consortium led by Boehly is believed to be in pole position to take over Chelsea. 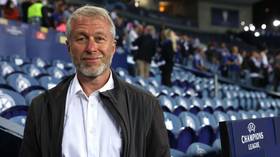 Simultaneously, a late bid from Sir Jim Ratcliffe, who has attempted to win over a supporter's group by laying out his vision for the club to them, has also complicated any immediate sale as the British billionaire refuses to give in.

Ratcliffe's late £4.25 billion ($5.3 billion) bid was registered last Friday and came while the Raine Group overseeing the sale had told three other shortlisted contenders that Boehly's group, who view contract extensions for England internationals Mason Mount and Reece James as essential, were the preferred bidders.

According to The Guardian, however, a source close to Abramovich, who has owned Chelsea since 2003, has told him not to write petrochemicals mogul Ratcliffe off.

Ratcliffe's emergence is said to explain why the Raine Group haven't confirmed that Boehly has beaten off rival bids from Sir Martin Broughton and Steve Pagliuca.

Last weekend, as Chelsea lost 1-0 to relegation-threatened Everton, Ratcliffe allegedly met the Chelsea Supporters’ Trust and insisted that he would be around for the long term if taking ownership of the reigning Champions League holders. 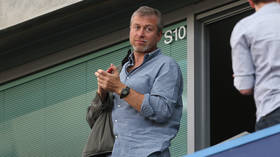 As Ratcliffe also said he planned to increase the capacity of Stamford Bridge to 60,000 and turn Chelsea into "the Real Madrid or Bayern Munich of London," the Chelsea Supporters Trust confirmed through a spokesperson that they had met with Ratcliffe for "initial talks" with "no further meeting in the diary."

Ratcliffe offered £2.5 billion ($3.1 billion) to buy Chelsea and then invest £1.75 billion ($2.2 billion) in the club over 10 years, but the British businessman has ruffled a few feathers by lodging his bet two weeks past the deadline.

This led a source close to one of the rival bidders to say that it would be unprofessional if Ratcliffe eventually became owner after also putting forward his offer after talks with Chelsea's chairman.

This is because Clearlake would take a majority stake with Boehly assigned a minority one, and Chelsea insiders have questioned whether a private equity firm is prepared to spend the kind of money that Abramovich regularly splashed around to set Chelsea up to challenge for major silverware.

With Chelsea's special license expiring on May 31, sources have claimed to the Daily Telegraph that Chelsea could be expelled from playing in the Premier League next season if a sale hasn't gone through by the end of the month. 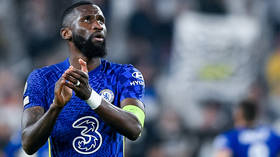 Sanctions have stopped Chelsea from being able to buy or sell players and also dish out new contracts, which has resulted in star defender Antonio Rudiger reportedly agreeing a new deal with Real Madrid.

As Chelsea have lost three out of their last six games in the Premier League and are at risk of sliding out of the top four for Champions League qualification next term, all these factors have led to unrest and rival clubs looking into landing Mount and James who are considered two of English football's best young prospects.

While Mount currently has two years remaining on his current deal, he is one of the squad's lowest-paid players on just £70,000 ($87,500) a week which can be topped elsewhere.