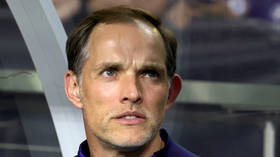 Chelsea's head coach Thomas Tuchel has admitted that he is worried about his team's form ahead of the kickoff of the Premier League season early next month after his side were easily brushed aside by Premier League rivals Arsenal in a preseason friendly in the United States overnight.

The Blues have been forced to contend with the departure of two starting defenders, Antonio Rudiger and Andreas Christensen who departed on free transfers to Real Madrid and Barcelona respectively, and while the new Todd Boehly regime at the club has seen them shell out around £80 million for England forward Raheem Sterling and Senegal skipper Kalidou Koulibaly, the German boss says that his side is displaying a “worrying” lack of form – particularly when compared to fellow Londoners Arsenal.

Goals from Gabriel Jesus, Martin Odegaard, Bukayo Saka and Albert Sambi Lokonga completed a 4-0 rout for Mikel Arteta's Gunners, and while it is perhaps too early to sound the alarm bells Tuchel told the media afterwards that he was disappointed with his team's efforts.

“We were simply not competitive,” Tuchel said after the one-sided defeat. “The worrying part is that the level of commitment physically and mentally for this match was far higher for Arsenal than for us.

“It was surely not our strongest lineup. This is a part of an explanation but only a little part… I cannot guarantee we will be ready in two weeks,” he added ahead of Chelsea's August 6 Premier League opener with Frank Lampard's Everton.

The dispiriting loss to Arsenal rounded off what was a disappointing sequence of results.

“I don't know if I ever lost a match in preseason 4-0. I can't remember not winning two matches in a row in preseason,” Tuchel continued. “I am superstitious but not in a way that I say bad preseason has to mean a bad season.”

Despite Boehly's takeover from former owner Roman Abramovich being official for several weeks now, Chelsea remain in a state of flux during the high profile changeover.

In addition to Abramovich, the club has been hit with some considerable exits – not least of which was the loss of chief transfer negotiator Marina Granovskaia and technical director Petr Cech, two figures who were crucial to the club's transfer strategy in recent seasons.

And despite the additions of both Sterling and Koulibaly, Tuchel says that more work is required in the transfer market.

“Unfortunately, it proved my point and the last week proves my point,” he said. “I feel I was right when I look at the last season and at the parts of the game where we struggled and how we struggled.

“We got sanctioned and players left us, we know that some players are trying to leave us, and this is where it is. We had an urgent appeal for quality players and a huge amount of quality players.

“We've got two quality players – that is no doubt – but we are not competitive like this and unfortunately, we could see it today.”

Todd Boehly has shown that he is more than willing to take out his checkbook when required but there is no doubt that Tuchel's post-match statements will serve as a warning to the board: more investment is required if they harbor intentions of maintaining a title challenge in the upcoming season.

Chelsea are currently locked in a battle with Barcelona to sign French defender Jules Kounde from Sevilla – but even if the Blues get their man, one suspects that more recruits are required.

But as Tuchel has found out this summer, this is far easier said than done.