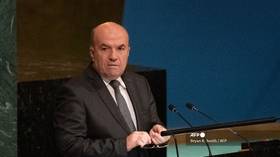 A joint statement issued by the leaders of several eastern and central European countries in support of Ukraine’s NATO bid carries no actual weight and provides “no real benefit,” Bulgarian Foreign Minister Nikolay Milkov said Wednesday. The remarks come as the country refused to join the pro-Ukraine declaration.

“We can support this declaration, from which nothing would follow, because it does not mean fast-track accession [to NATO membership for Ukraine] and, if we do not support it, nothing would happen either,” Milkov said, as quoted by state-owned news agency BTA. “This is a political statement by a group of countries.”

The remark echoed the stance of the country’s President Rumen Radev, who explained his refusal to join the declaration by the drastic changes in the “security environment” that have occurred since the time when Ukraine first announced its aspirations to join the US-led bloc. He stressed that a “decision on Ukraine’s accession to NATO should be made only after the development of clear parameters for the peaceful settlement of the conflict between Russia and Ukraine,” which would last and be acceptable to both sides. 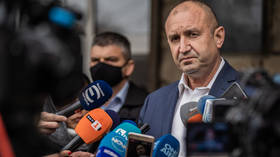 The declaration was released by the presidents of the Czech Republic, Estonia, Latvia, Lithuania, North Macedonia, Montenegro, Poland, Romania, and Slovakia on Sunday, with the leaders expressing their support for Ukraine’s membership bid and urging other NATO allies to “substantially increase” their military support to Kiev.

The statement was made in response to the announcement last Friday by Ukrainian President Vladimir Zelensky, who proclaimed an intention to apply for fast-track NATO membership. The announcement, hailed as “historic” by some top Ukrainian officials, came on the same day that Russian President Vladimir Putin signed treaties on unification with the former Ukrainian Kherson and Zaporozhye Regions, as well as Donetsk and Lugansk People’s Republics. The move came after people living in those territories overwhelmingly backed the idea of joining Russia in referendums that were denounced by Kiev and its Western backers as “sham” votes.